You are here: Home / Travel / The Shore Club, Turks and Caicos

Turks and Caicos is one of those places that I have always wanted to visit, and this past week I was lucky enough to spend some time at The Shore Club on Long Bay Beach.  Opening recently, this modern resort landed itself on quite a few impressive lists including Travel + Leisure’s 2017 It List, and Bloomberg Pursuits Where to Go in 2017.  I’m here to tell you that those lists did not lie. 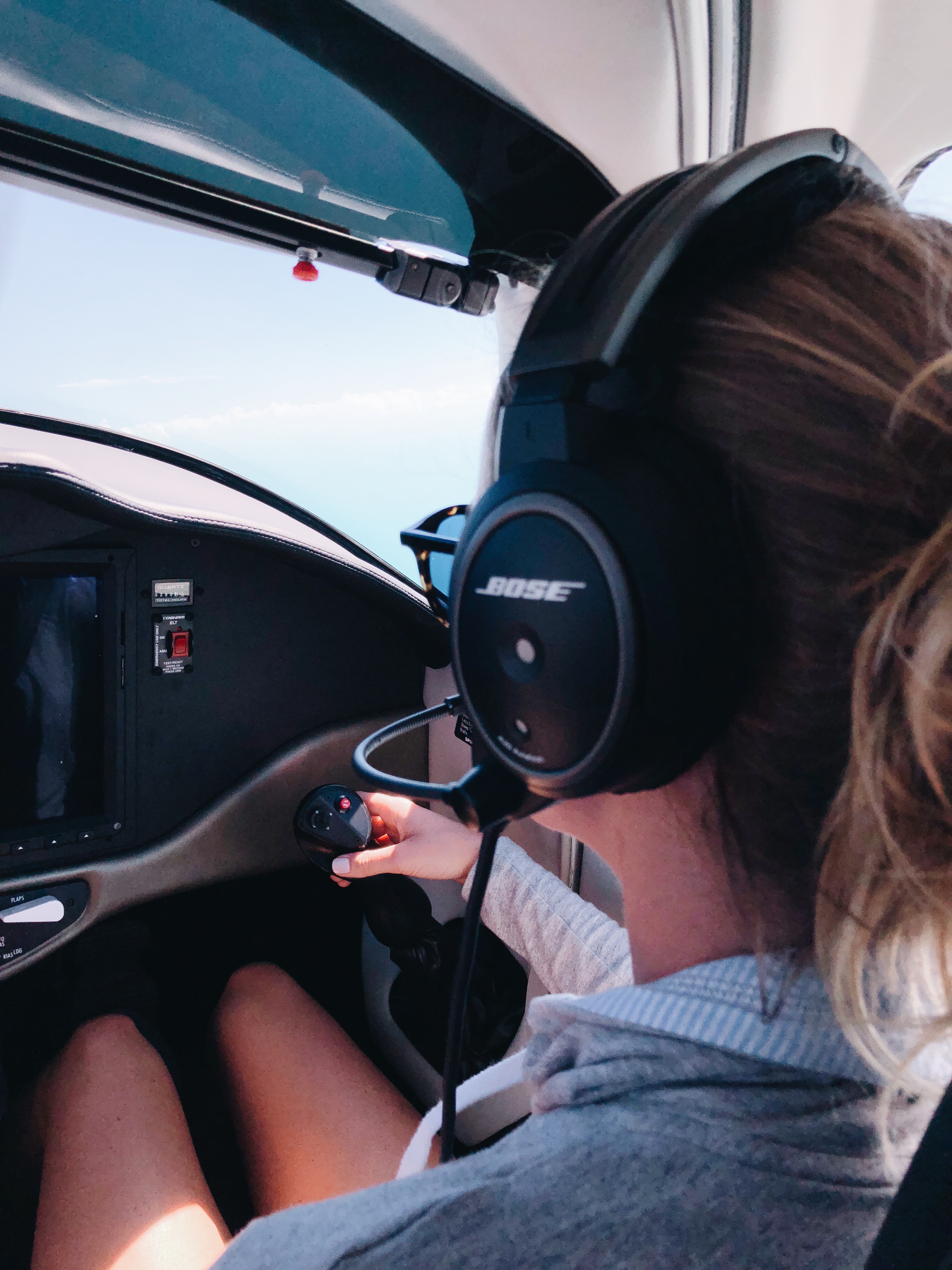 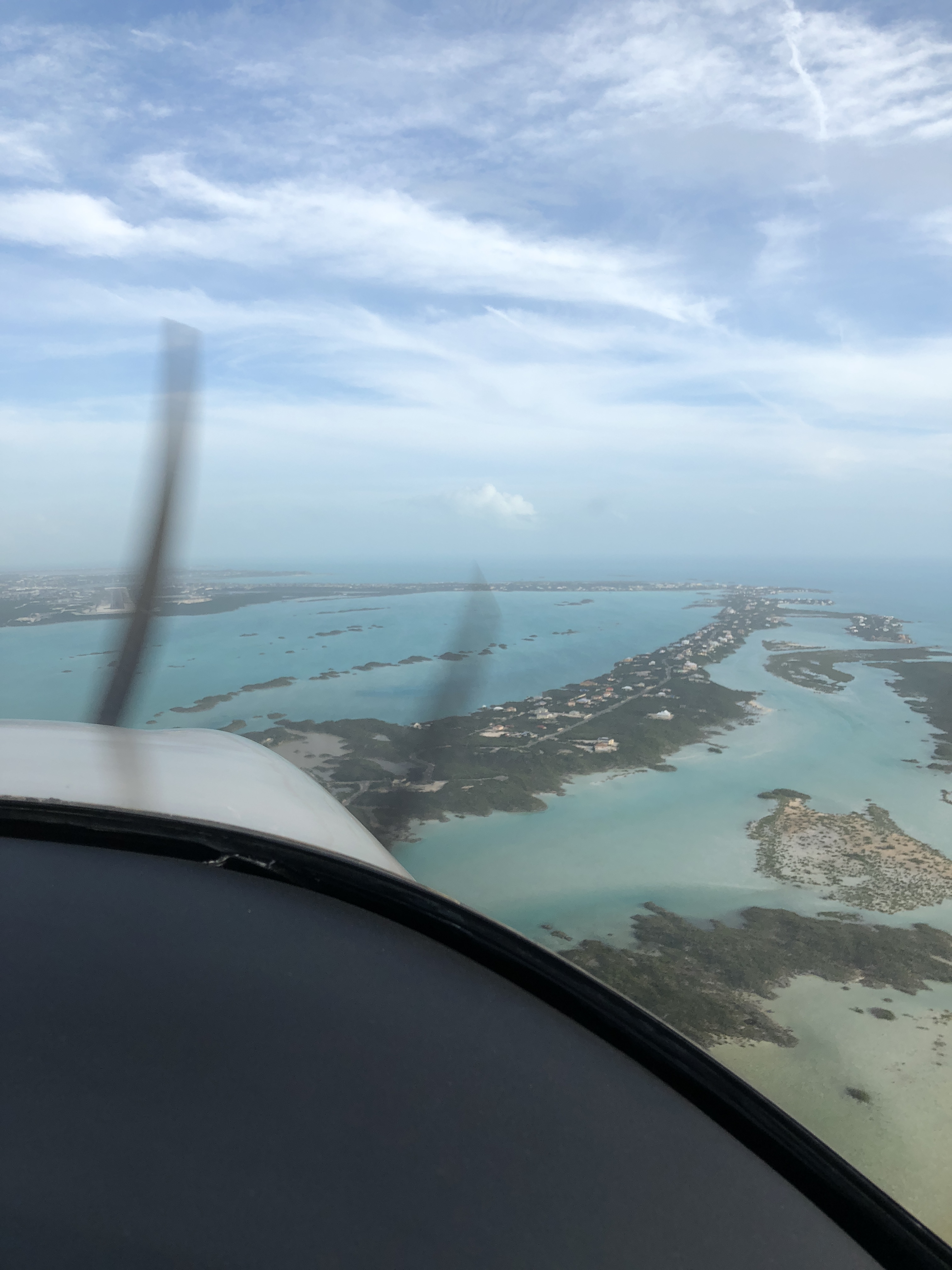 Flying over Turks and Caicos was one of the most memorable moments to date.  It was my first international flight with my TTX and while there was some weather on the way down, the clouds broke right over the bluest water of Grace Bay and the island of Turks and Caicos.  The private FBO – Provos Air Center – is by far the most beautiful I have ever seen.  From the moment I landed, their service was another level.  They also shuttled us to The Shore Club. 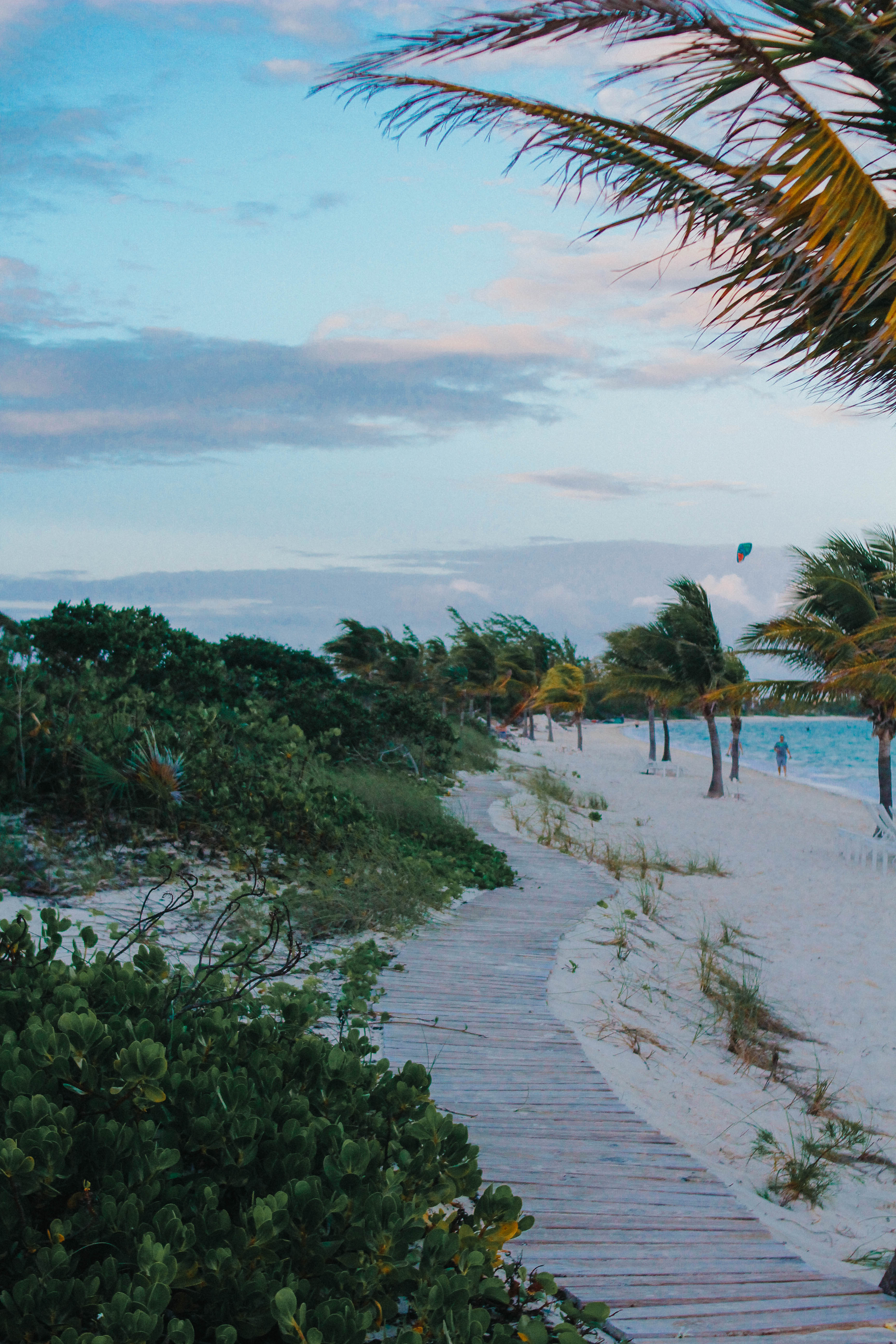 Situated just twenty five minutes from the airport, and a few miles from Grace Bay, The Shore Club is on the shallow part of the island.  I didn’t really know the full meaning of that until the hotel staff pointed at a shipwreck three miles out to sea and told me I could walk the entire way there.  (There’s also jet skis available if you don’t feel like a casual six mile walk).  The water only comes up to three feet.  It’s a bit windier on this side, but watching the kite surfers from the school next door makes it all worth it. 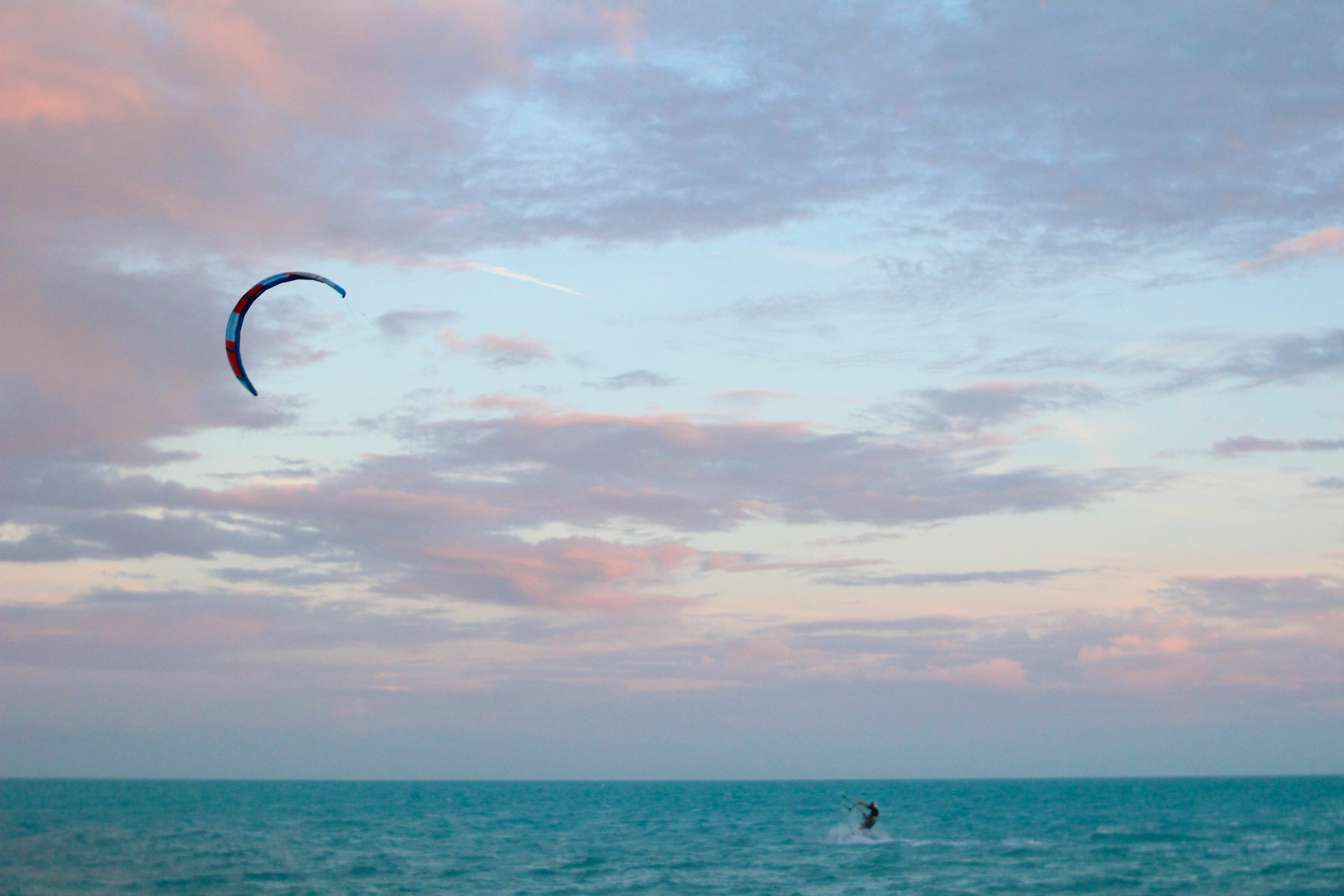 My room was literally steps from the beach.  I loved opening up the doors and taking coffee on the patio and watching the first of the surfers as the sun came up.  That was another great reason to be on this side of the island – while the beach was shorter, the ocean was so close.  The water was also much clearer because of the shallow depth.  So much easier to find those conch shells for photos! 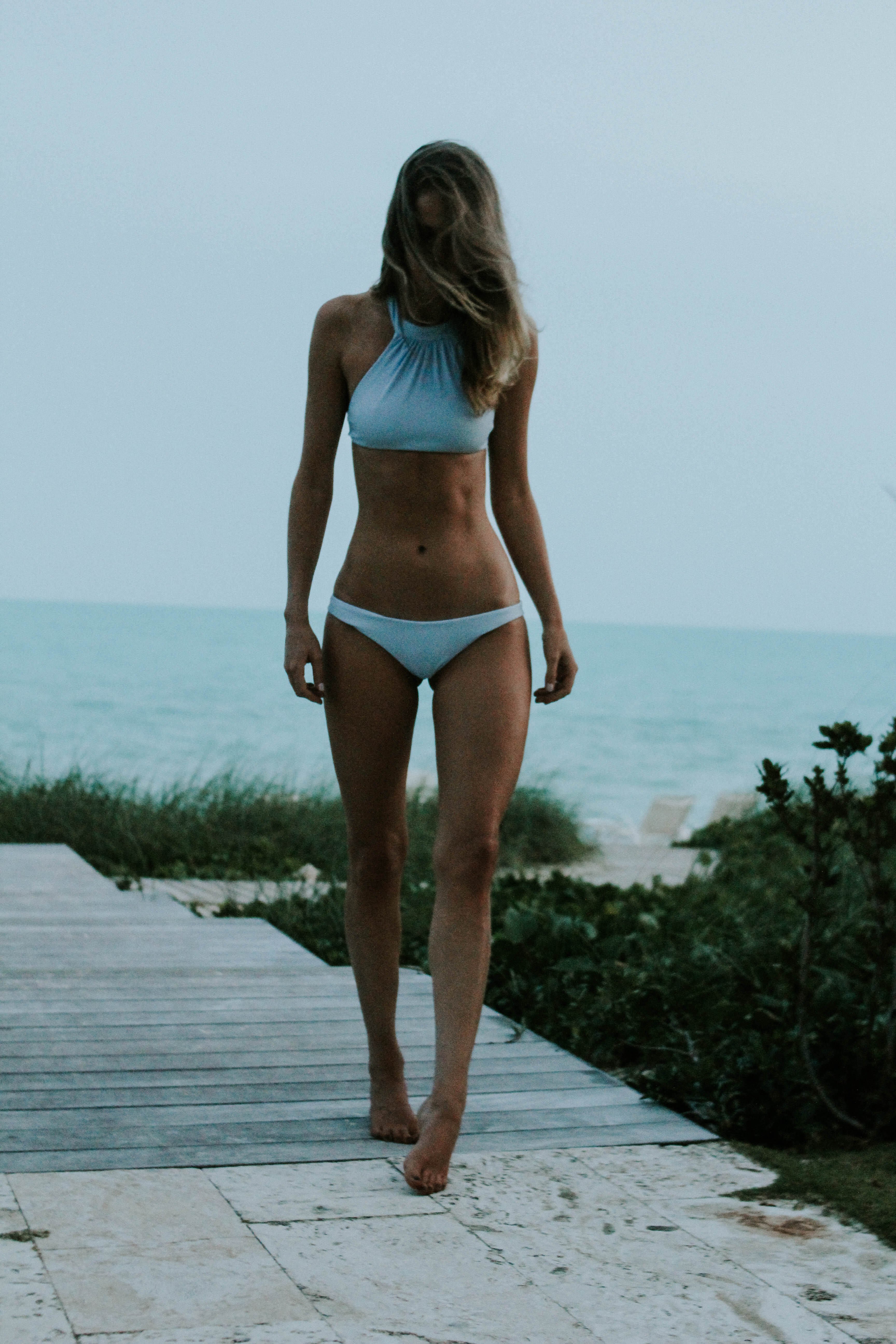 The Shore Club is a residence as well as a hotel, so my room truly felt like home with a full kitchen, two baths, living room, and an office.  The decor is like nothing else, and with the resort being so new, it reminded me of some of my go-to spots in Miami.

The restaurant, Sui-Ren, is a Peruvian -Japanese fusion. Incredible sushi rolls, ceviche, and lamb kabobs were on our list for top favorites.  The marble and deep blue couches in the restaurant are a part of that incredible decor I was talking about earlier, as well as the Rope Bar by the pool right outside of the restaurant doors. 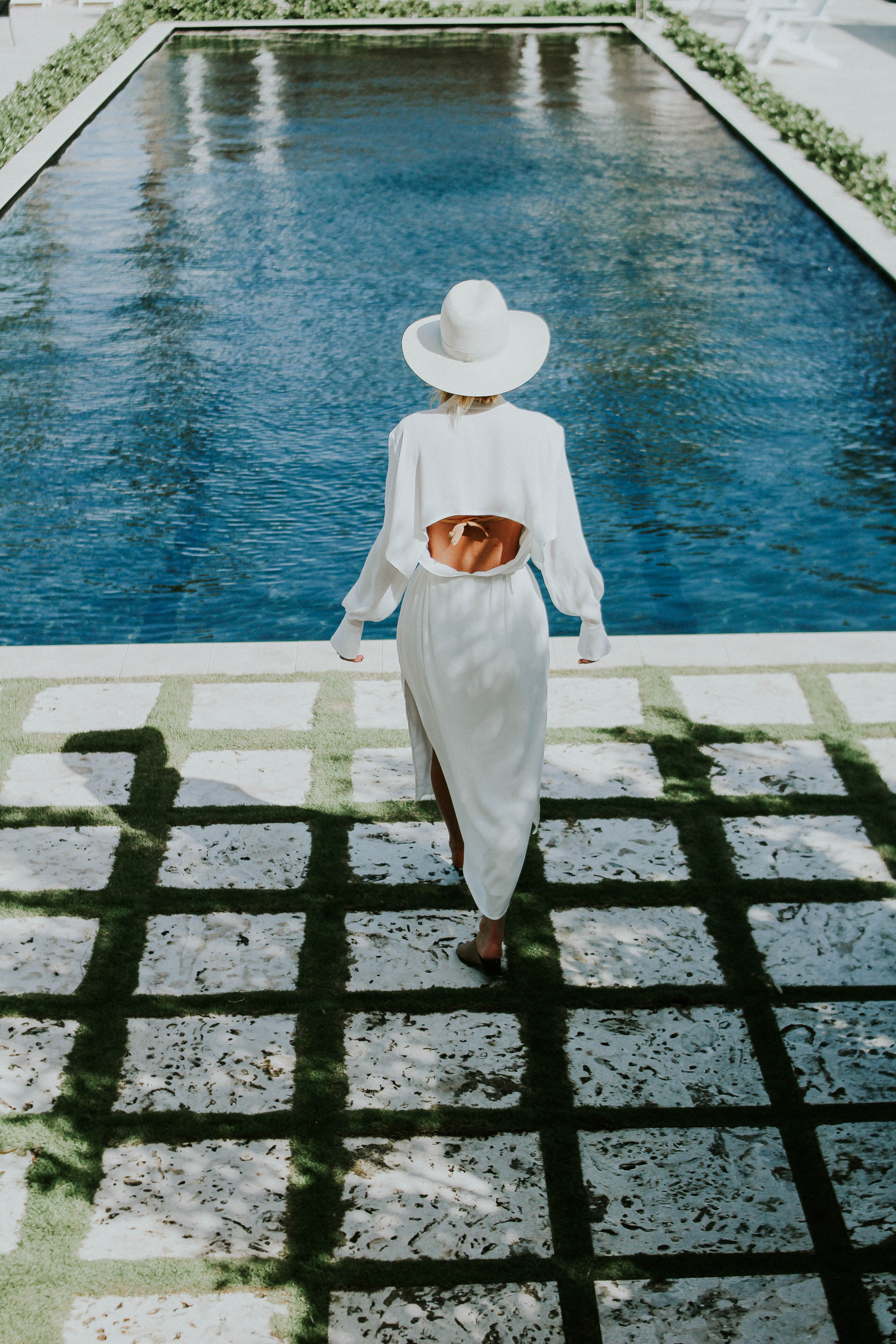 Three pools are included on the property, the black bottom stunner near the fitness center being my photo spot of choice.  Of the three, one is heated and the one by the beach features a swim up bar.  There are also tennis courts, water sport rental, and the best part – the spa. 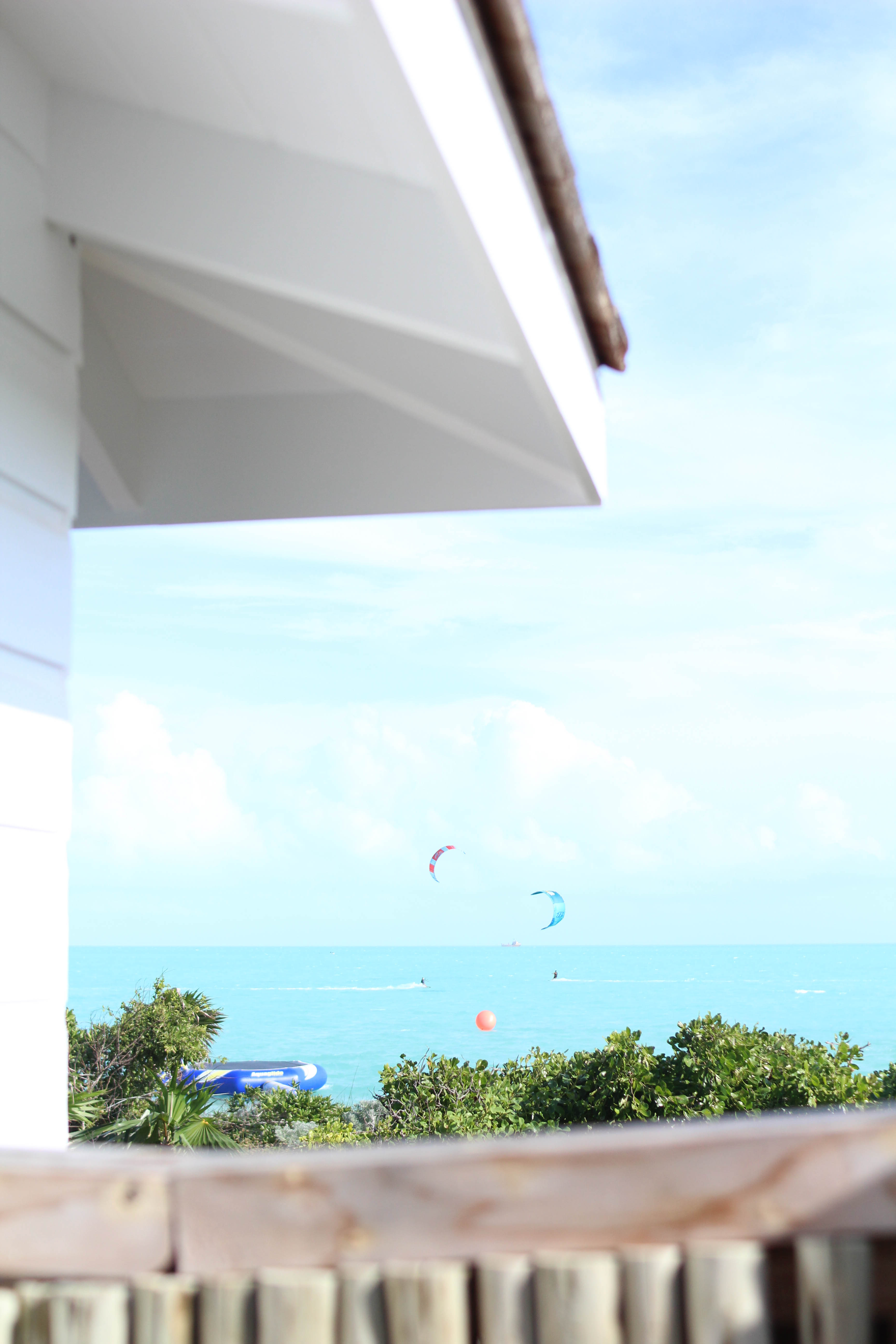 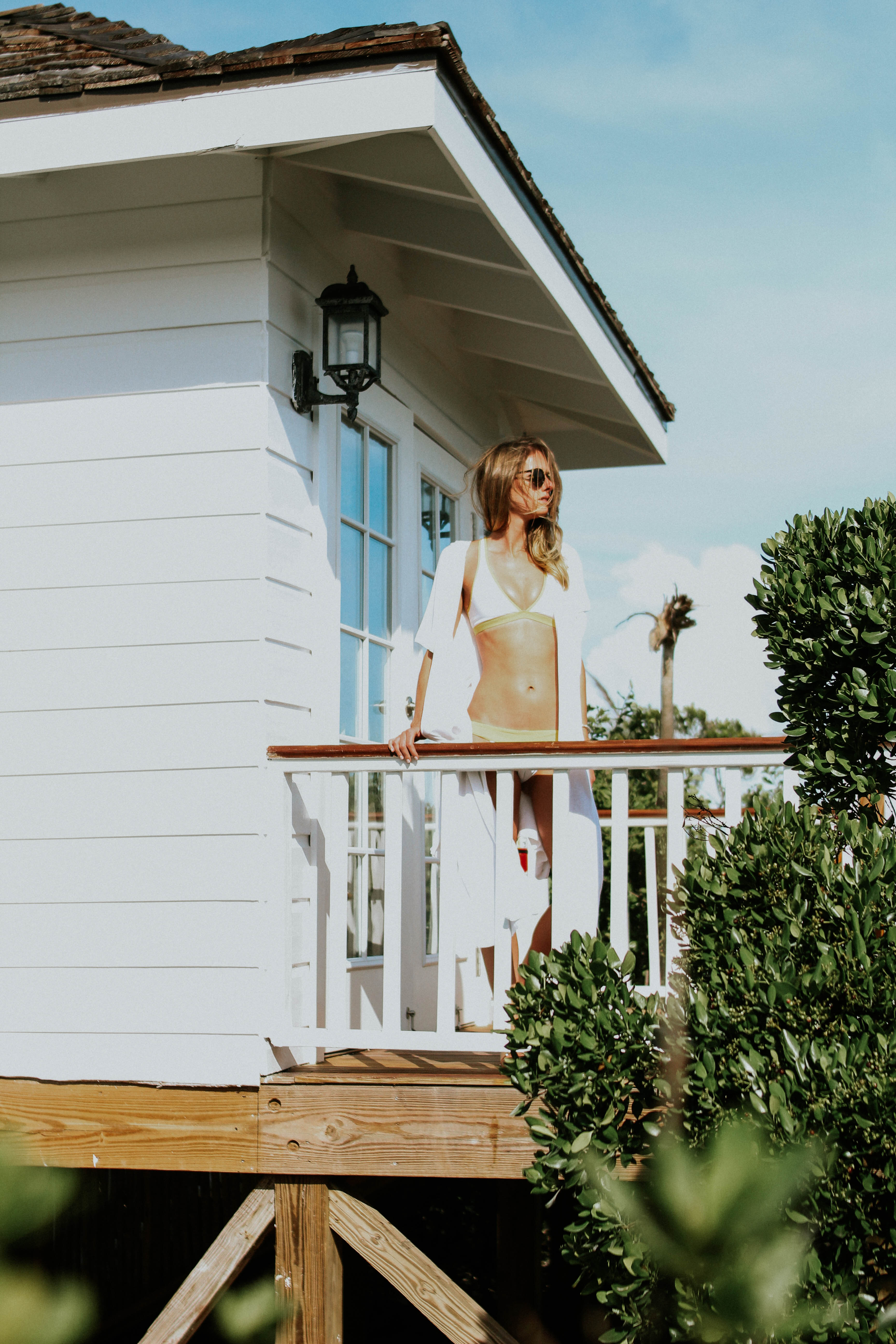 The spa rooms look like the most adorable beach cottage you have ever seen.  They are lifted above the rest of the resort so you can open the doors and have a full view of the ocean.  The rooms have a side outdoor shower, so you can rinse post massage and then head straight back to the beach. 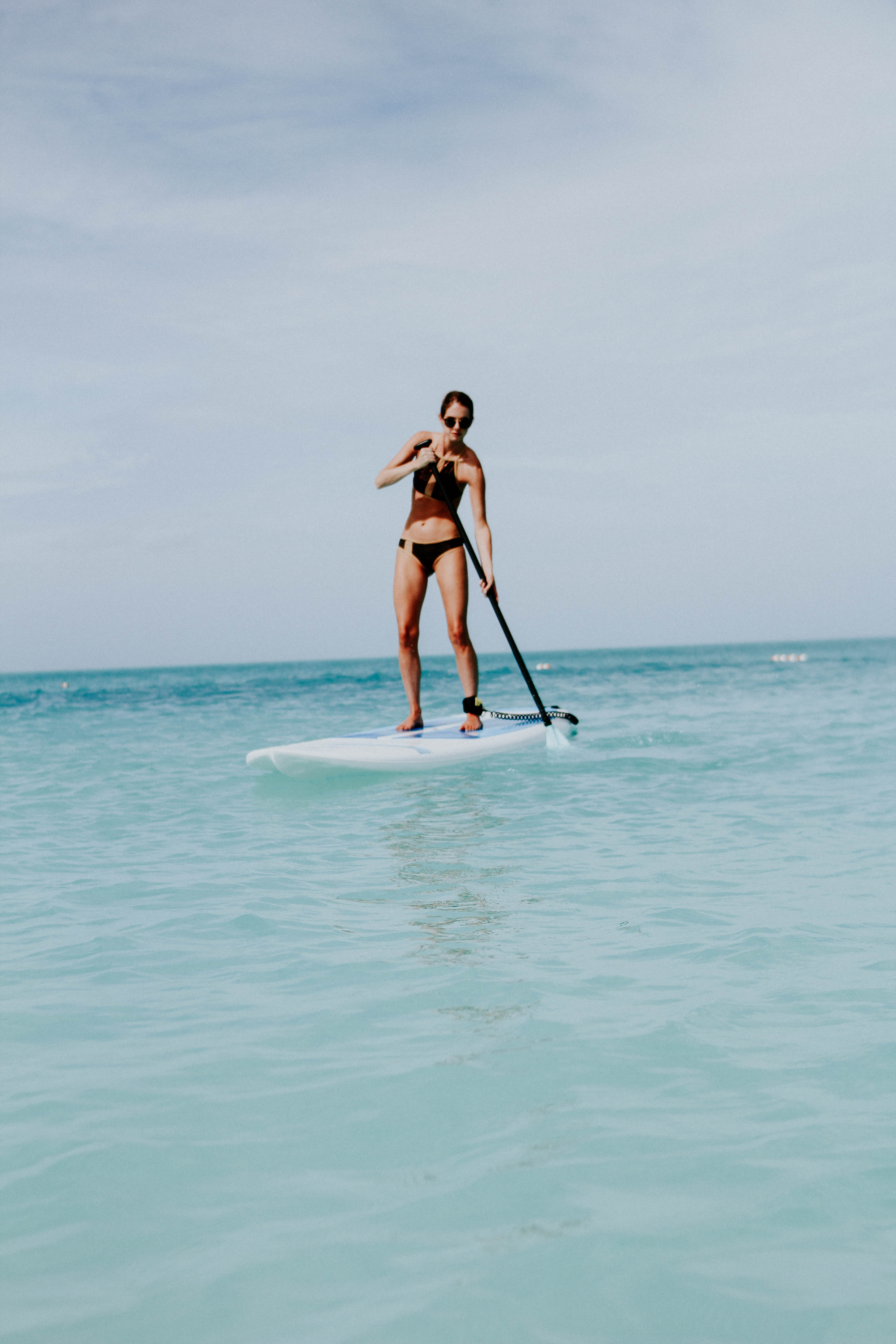 As far as other activities on the island, I highly recommend the Thursday night Fish Fry.  Think island food truck round up complete with local vendors selling gifts and a band.  Coco Bistro is also a recommended stop, but definitely make a reservation.  I went over to Grace Bay one afternoon for lunch, and then came back to wrap it up with the Provo Ponies. 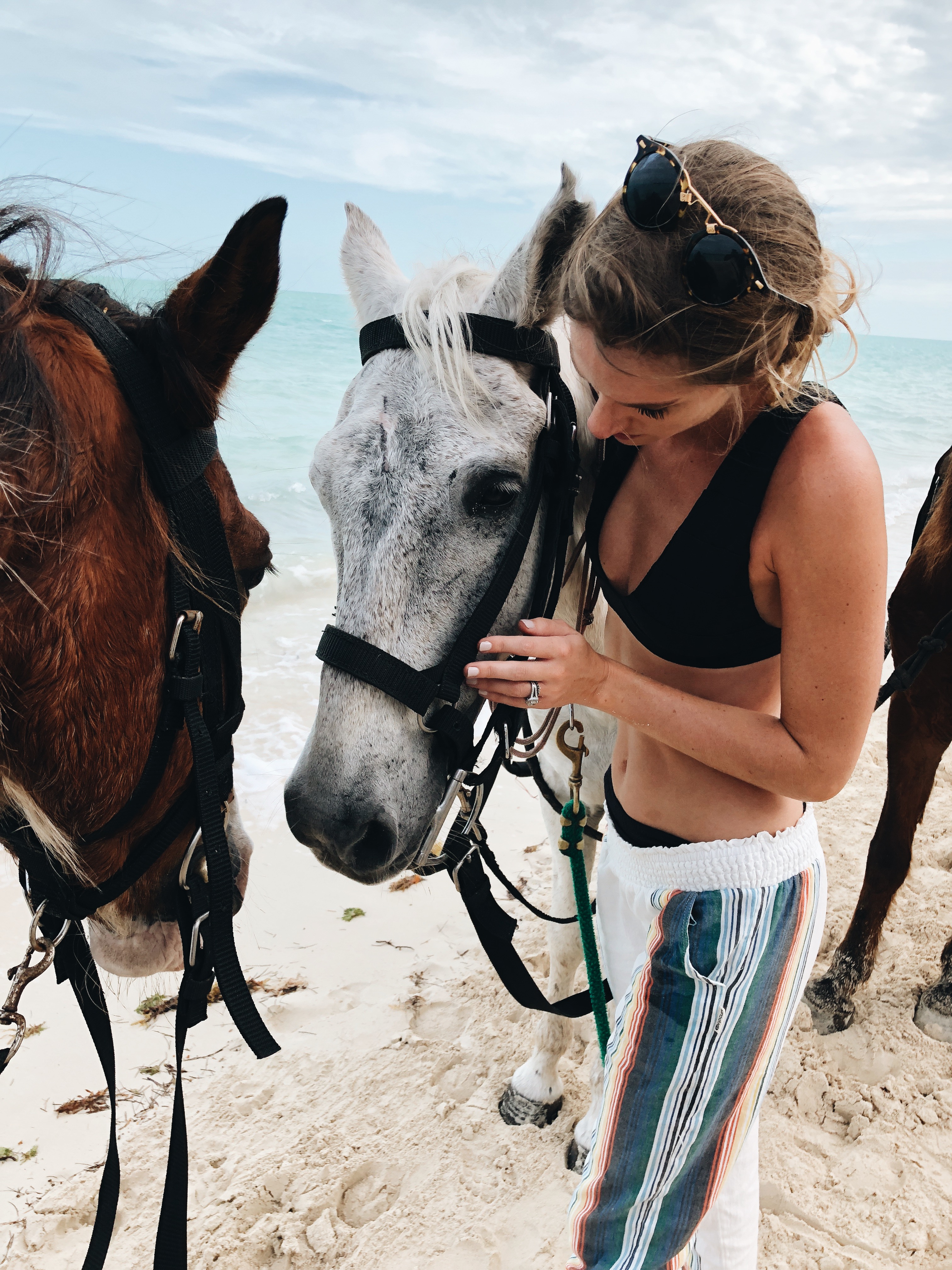 So yes, Turks and Caicos is worth a visit and if you want to stay with the best, it’s The Shore Club.  I visited two other properties while on the island and I can say that when I come back it will absolutely be here.  Thank you to the amazing Shore Club staff – Rachel, LaToya, Jerome, and Pauline that continued to make sure we were having a blast.  Stay on island time, and I’ll see you soon!