You are here: Home / Travel / South of France 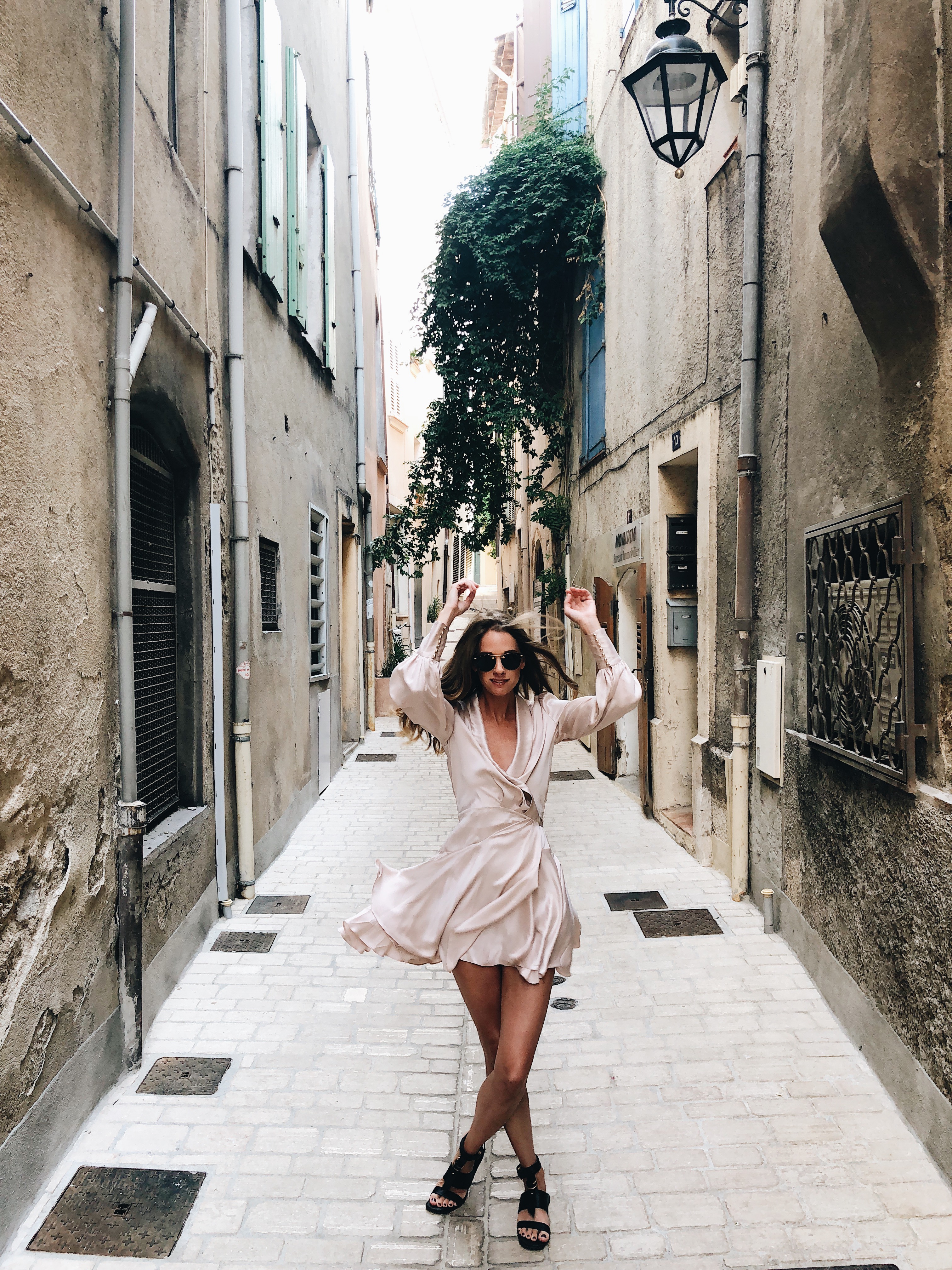 In September I set out on the trip I have been waiting on for my entire life – France. There was so much that I wanted to see and visit, I didn’t even know where to start.  I delayed and delayed on booking anything besides the flights because I was so scared I was not going to go to the right places, or that I would regret not seeing a city.  So literally three days before I left, I finally booked everything.  Most of you will have a panic attack just reading this.  I’m always a last minute traveler, but even for me, three days before a Euro trip is intense.

But I have to say, there wasn’t much at all that I would change.  I am breaking my trip up into three posts, and starting with my first stop in the South of France.

My roundtrip ticket was from Atlanta to Paris, and everything domestic I booked separately.  Right when I landed in Paris, I jumped on a one-way, Air France flight to Nice.  It was a separate flight, but when I checked in to Atlanta, I asked Delta to check my luggage all the way to Nice and provided them with both flight reservations.  This saved so much time, because my flight to Nice was only an hour and a half after I landed at CDG.  I would have been so close on making it, if I even did at all, if I had to collect my bags and go through customs.  Instead, I just grabbed a glass of champagne in the airport and headed to my gate.  Much easier! 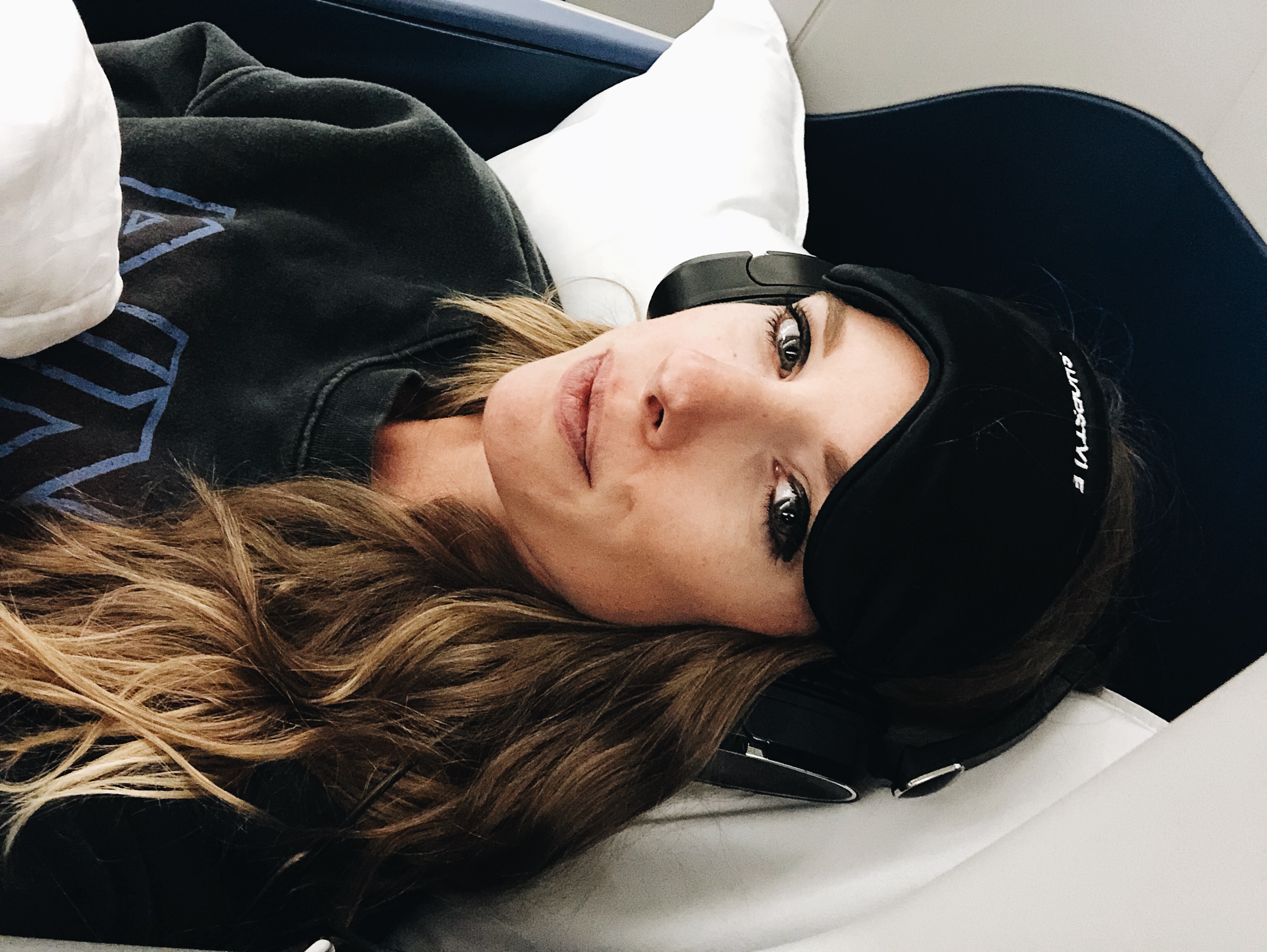 I landed in Nice around 4pm, and jumped into my rental car.  I didn’t stay in Nice, but instead headed straight to Cannes about thirty minutes away.  And I’m starting with my one regret of the trip – I didn’t like Cannes.  It wasn’t bad, because let’s be honest nothing on the French Riviera can be bad, but it was my least favorite destination of the trip.

I had many people tell me to be careful in Cannes because of all of the crime, but I never felt unsafe or like I needed to keep my clutch close to my chest.  But everyone kept telling me that so I felt on edge.

I stayed at Le Grand Hotel, and for a four star property I wasn’t impressed.  It was a bit dated, and the staff wasn’t very friendly.  I picked the hotel because it has a Michelin star restaurant.  After dinner out one night, I asked if I could get dessert at the restaurant.  They replied with the fact that they are a Michelin star restaurant and if I wasn’t going to order an entree, they would not allow me to sit down.  I told them I was a hotel guest.  They said they could get me a fruit salad.  Insert eye roll.  If you don’t give your hotel guests a certain priority then why would they stay there?

However, their beach club, Beefbar Cannes at La Plage 45, was awesome.  The bartender Greg made my day, and was so entertaining and nice.  If it wasn’t for my day on the beach, the experience would have been completely disappointing.  So my recommendation is to stay elsewhere and go to La Plage 45 and see Greg. 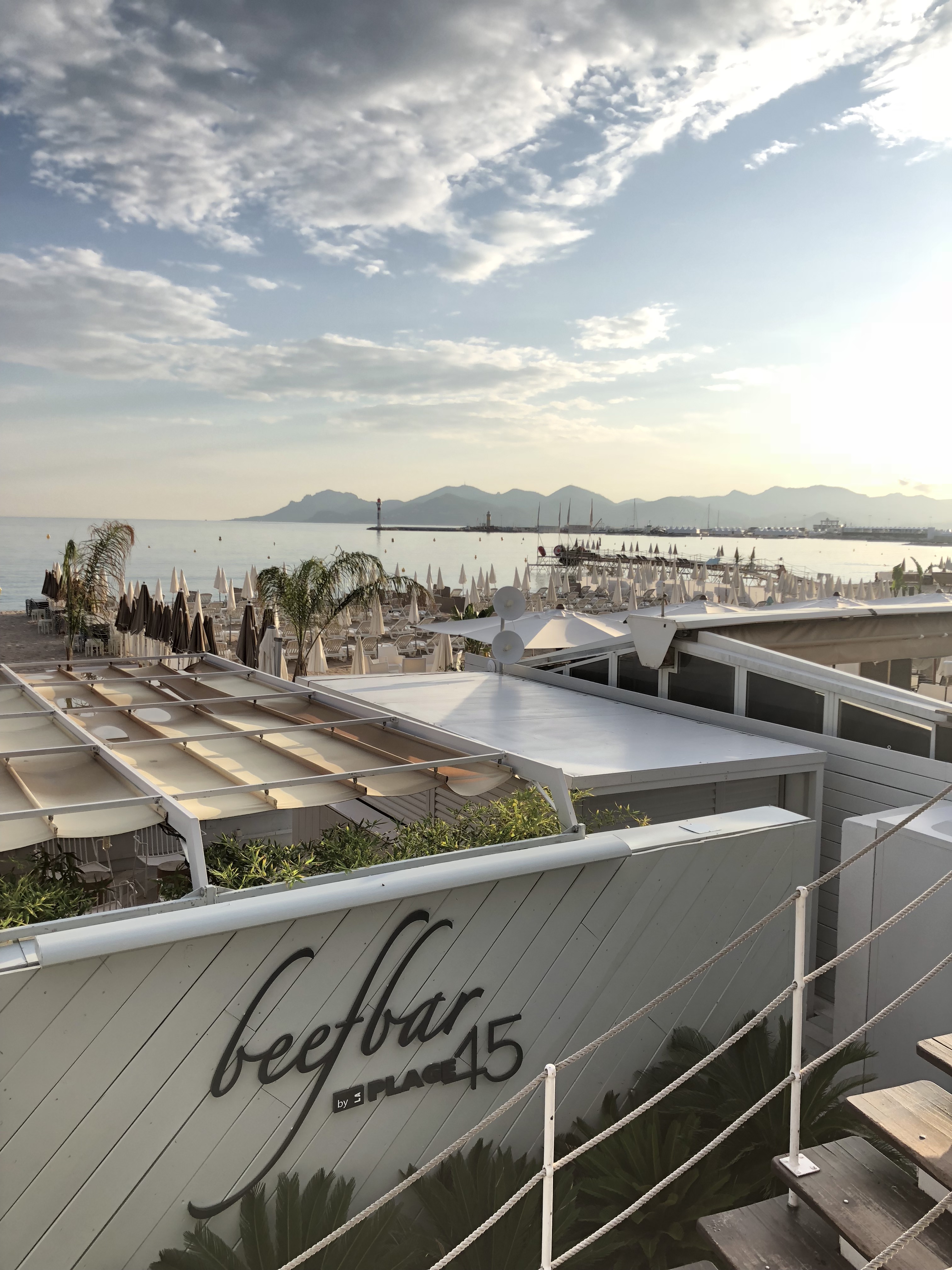 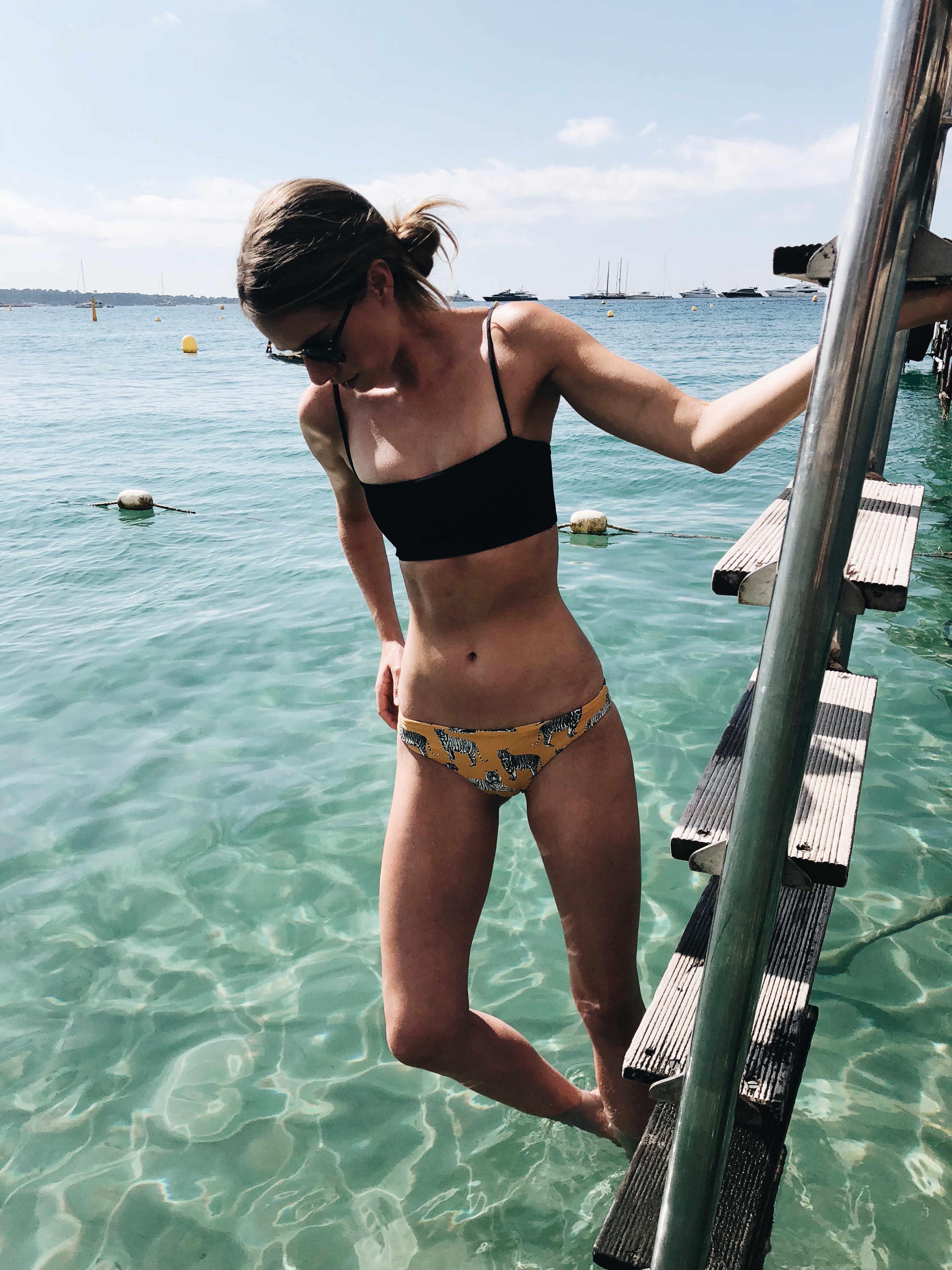 For dinner I ate at La Môme, and it was in a cute alleyway with about four other restaurants.  The alley was packed, and I feel like any restaurant on that row would be awesome.  It was the place to be.

From Cannes, I went to Saint Raphaël to stay at the beautiful Hotel Roches Rouges.  I was only there for one night because I didn’t have anything on my list to see in Saint Rafael except for this stunning hotel, but it was totally worth it. 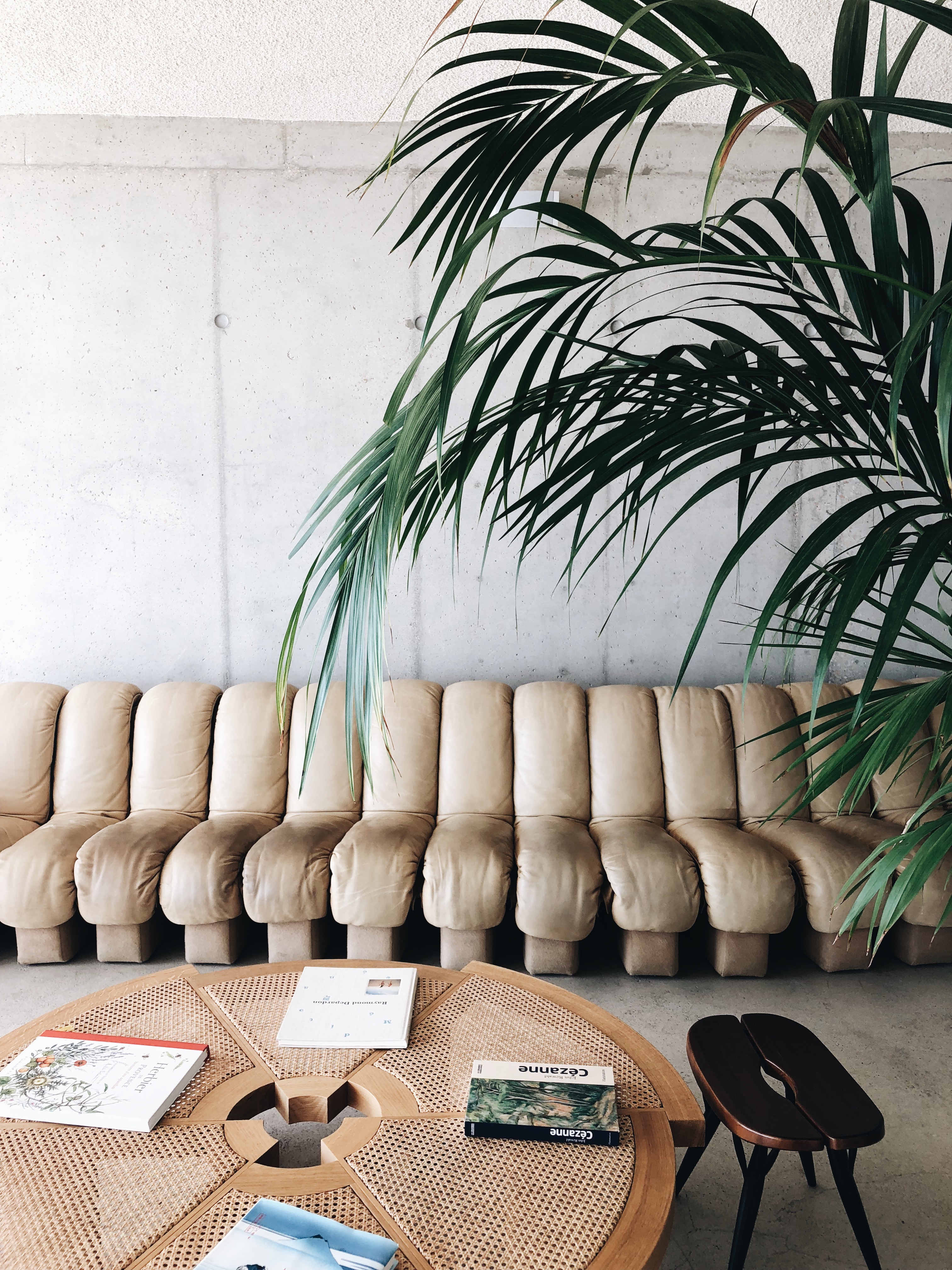 The room was beautiful and very neutral.  I took so many photos of everything from their massive pivot doors to the showers.  The hotel is situated right on the water and the waves crash right against the building.  There is a pool, a natural tide pool, and a small little swimming platform you can jump off of and swim around. 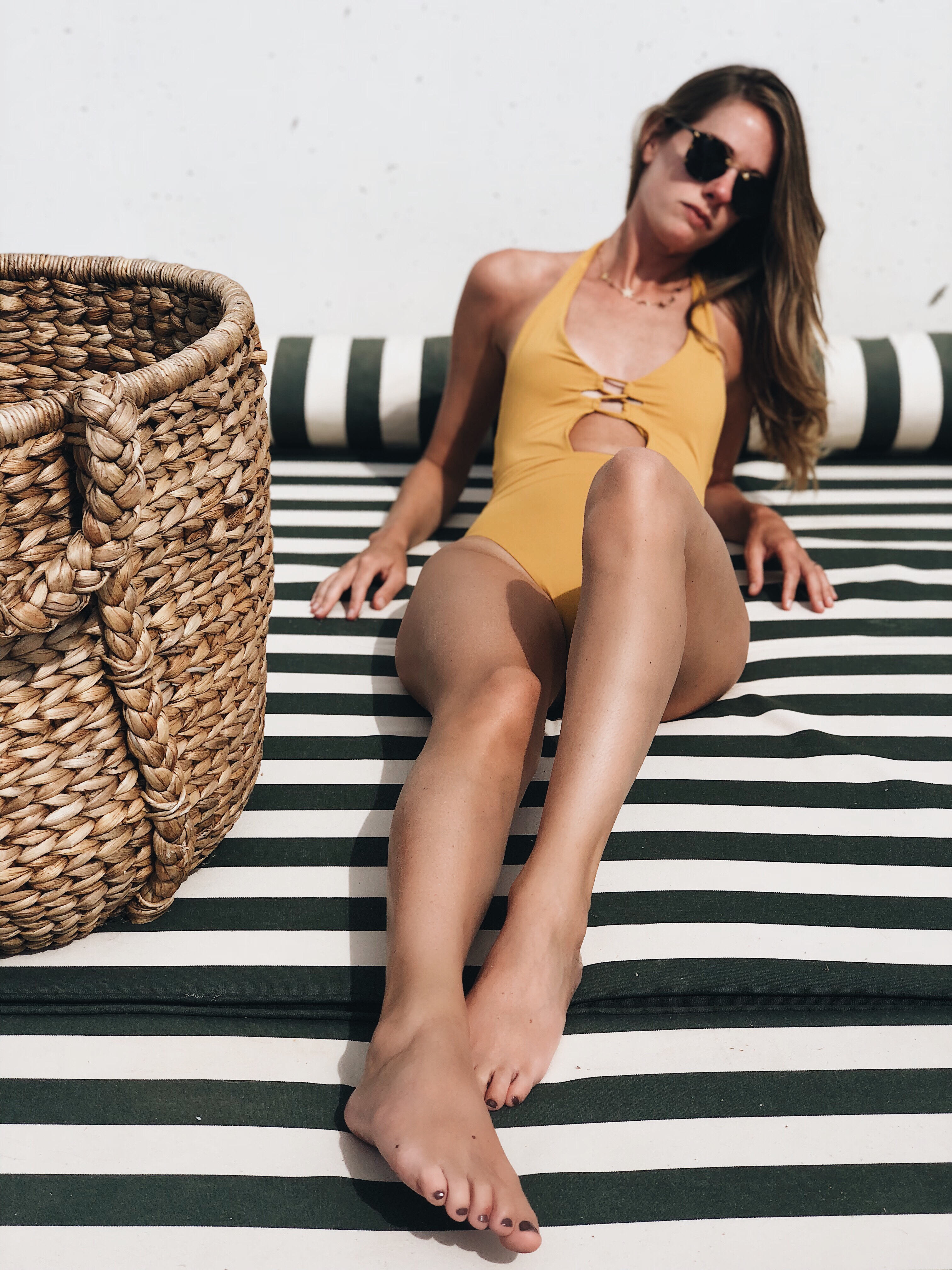 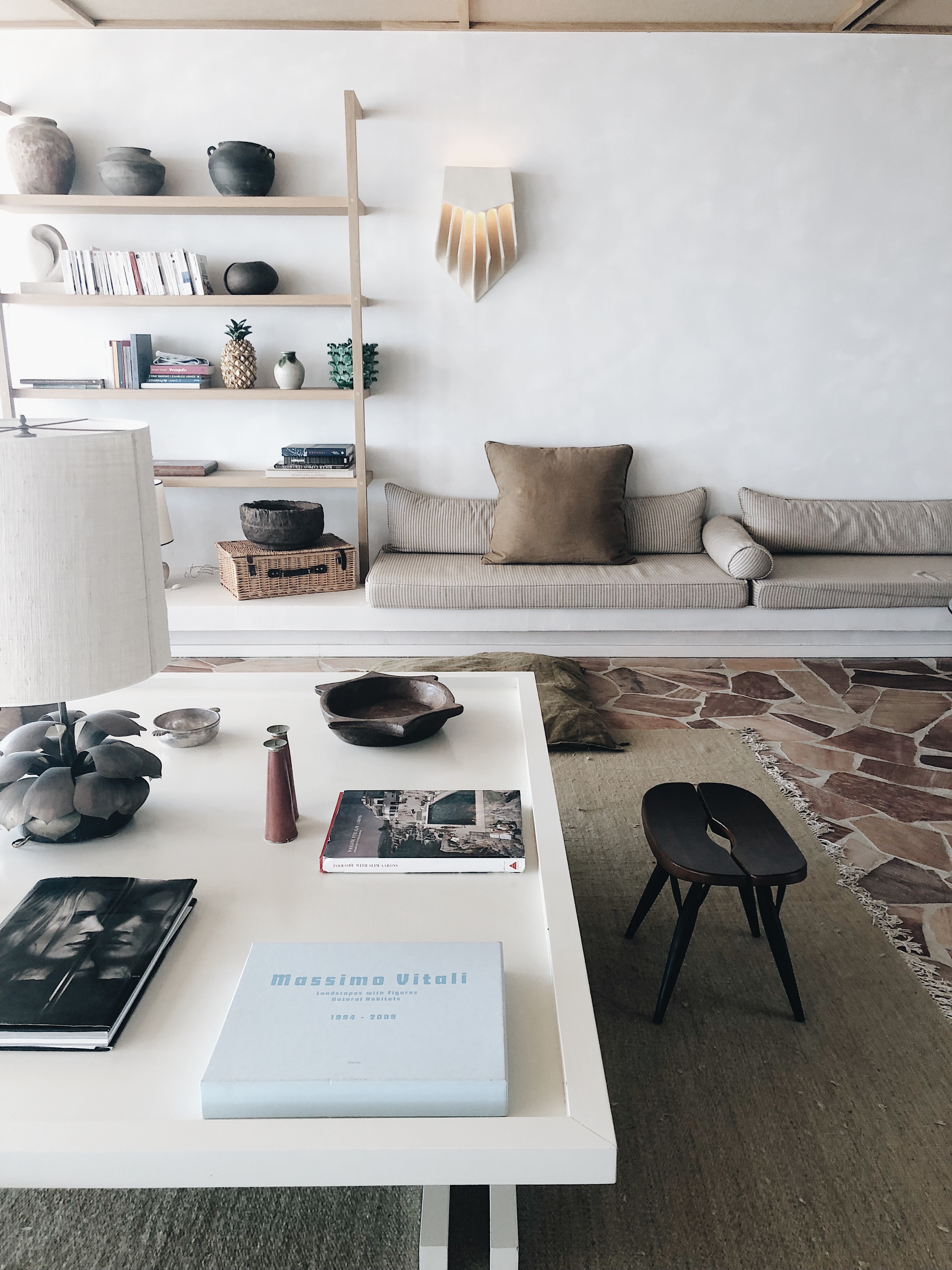 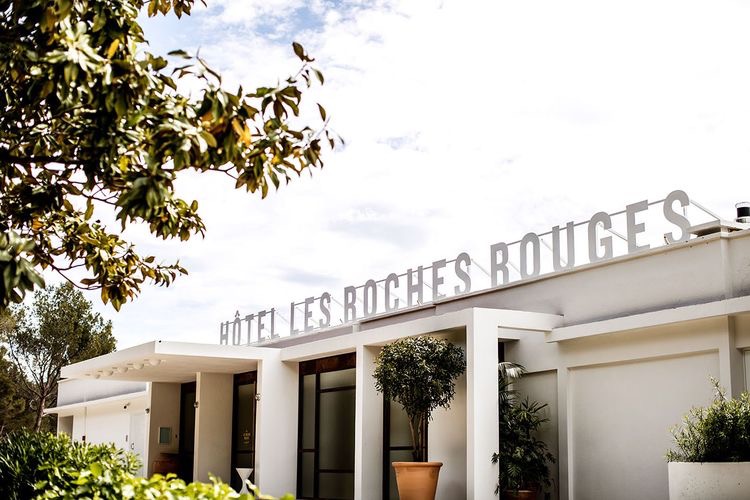 That night I ate at the La Terrasse (seasonal, closes late September) restaurant and had the five course tasting menu complete with an incredible cheese board.  This was in my top two of hotel stays, and it was a great place to stop in-between Cannes and St. Tropez.

St. Tropez was NOTHING like I imagined.  I thought it would be more like Cannes – ritzy and a vacation destination, but I could not have been more wrong.  As soon as we pulled into town, I was in love.  The cobblestone streets and hills, alleyways with gas lanterns, climbing roses and colorful houses were all so quaint. 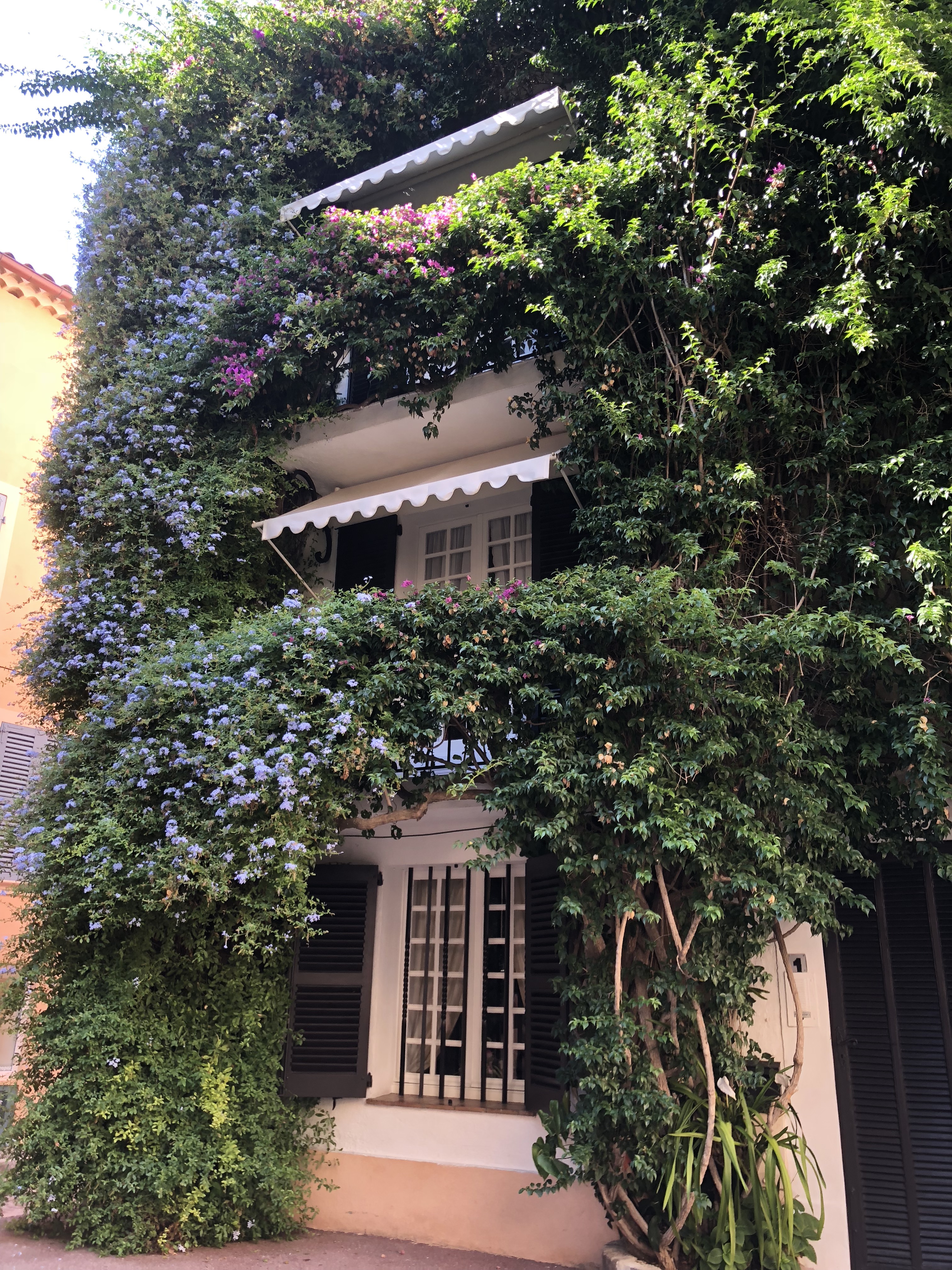 My accommodation, hotel Le Yaca, was my favorite by far.  I stayed in room ten at the very top of the boutique hotel (with no elevator) and that bellman for sure earned his tip hauling all of my luggage up those three stories and spiral staircase! It was very attic-like with short ceilings, wooden beams, and angled ceiling and small French doors leading out to a balcony.  I hit my head on the beams SO many times, but it was all worth it!  My tiny balcony had beautiful views of the hotel and out to the pool, but the best part was the view of the Mediterranean and the sunsets. 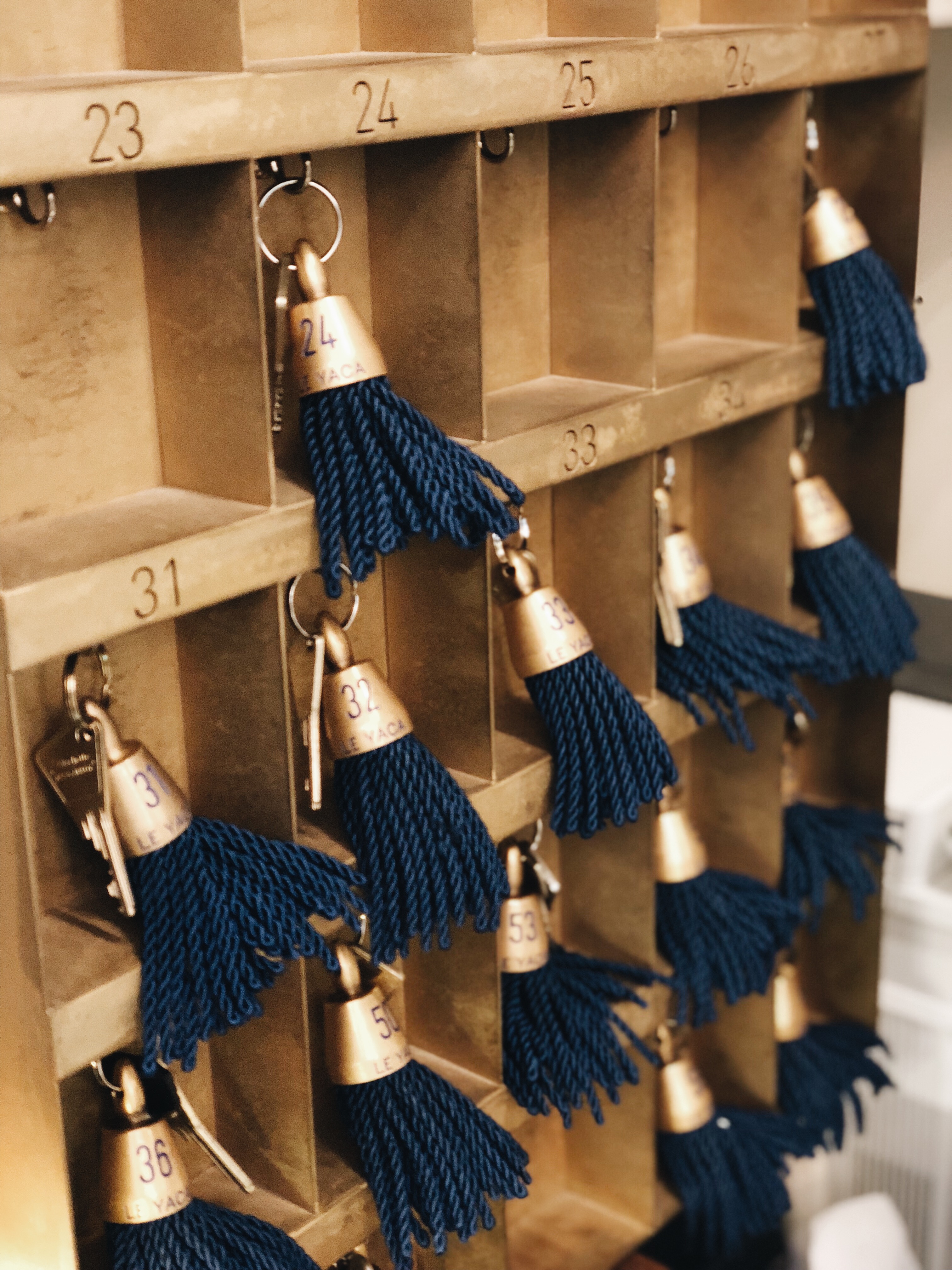 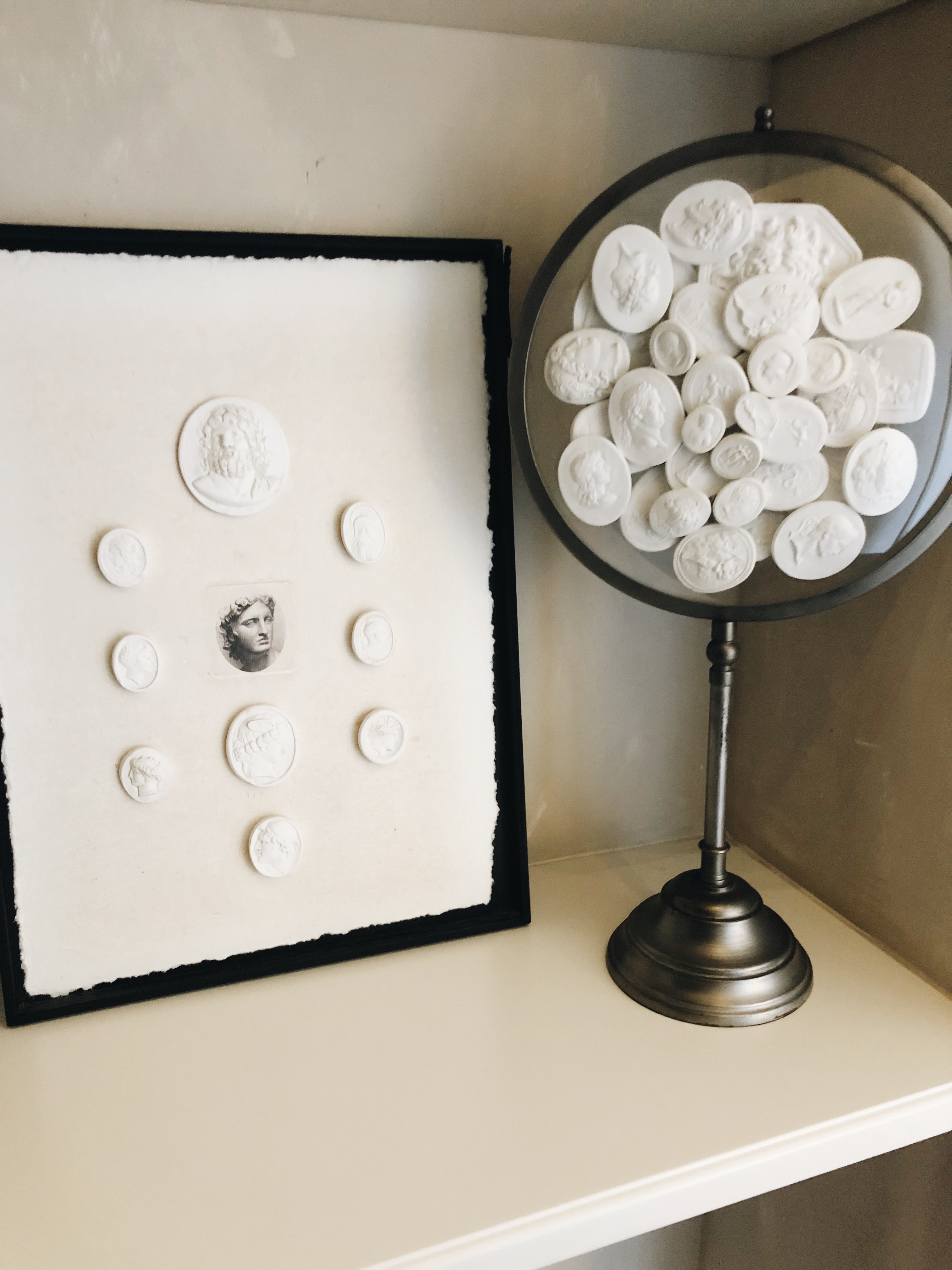 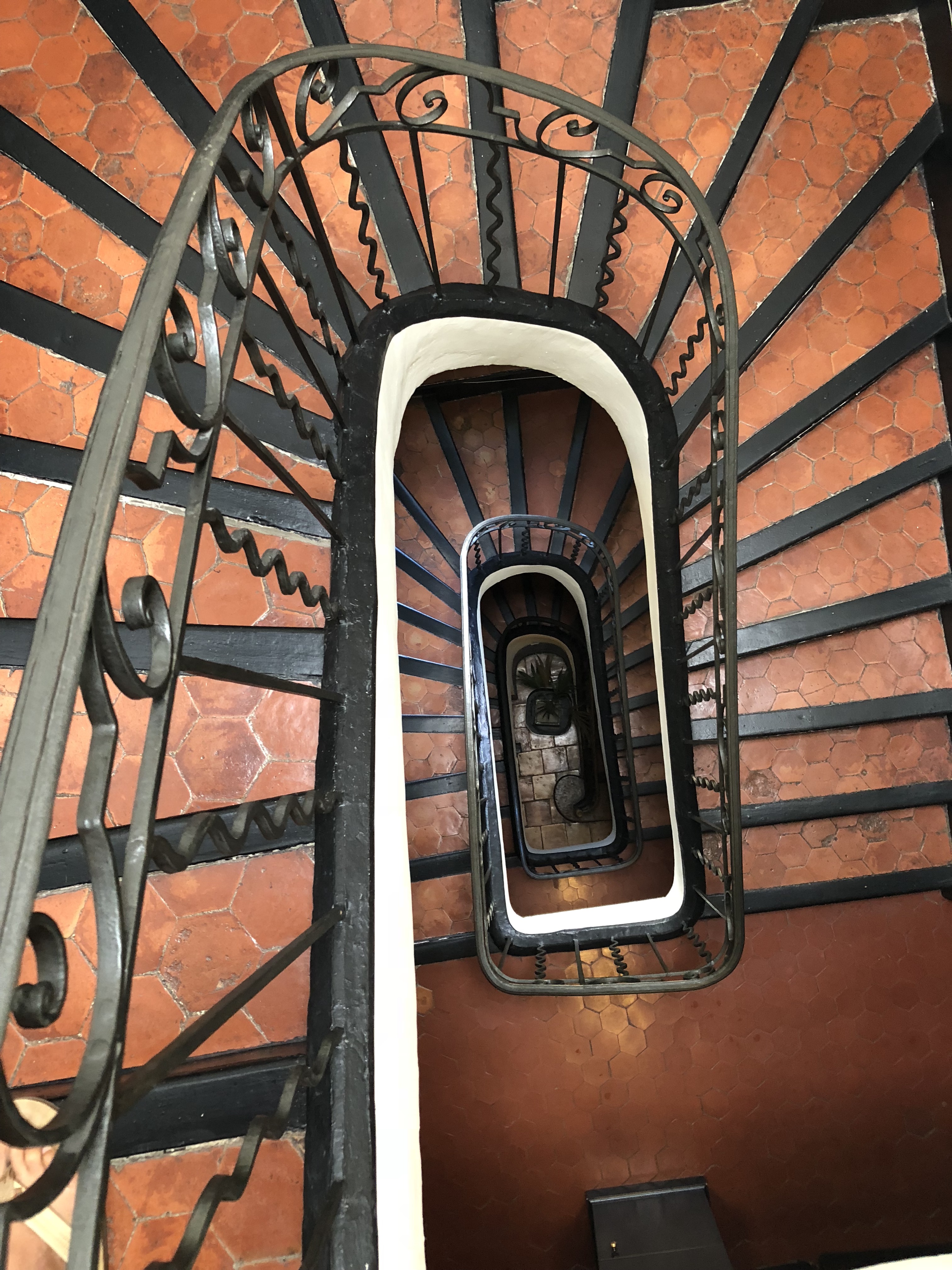 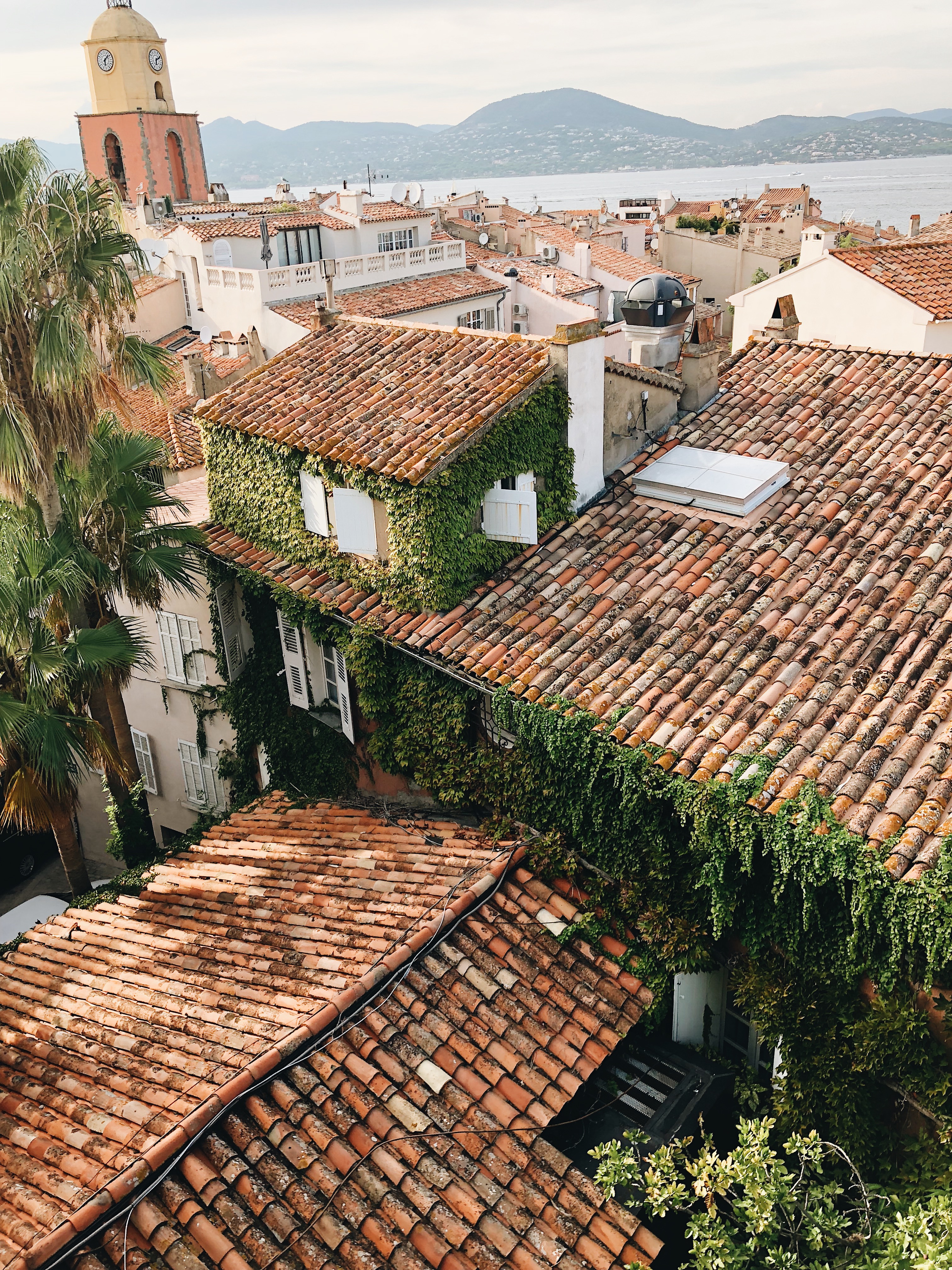 I was starving when I got into town, and ate at the hotel out on the patio.  I was craving a sandwich and there was a club on the menu.  It was legitimately the best sandwich I have ever had and I don’t even know how to explain it.  There was egg and tomato involved and it was incredible.

The hotel booked my dinner reservations for the night, and Caprice des Deux was in a small alleyway down the street.  The staff mainly spoke French and the menu was of the same tone.    The table next to me was presented with the largest lobster I have ever seen in a restaurant (available if you call ahead).

Most of my days in St. Tropez were spent wandering the streets lined with shops that end at the marina.

One morning I had breakfast at the Dior cafe and it’s not only beautiful, but the breakfast is actually delicious.  Other stops were the iconic Le Club 55 where I brought a few things back for the store, and drinks at White 1921 (right next to the Instagrammable Celine sign).  The Chanel boutique was also a must-see with their amazingly green pool house out back. 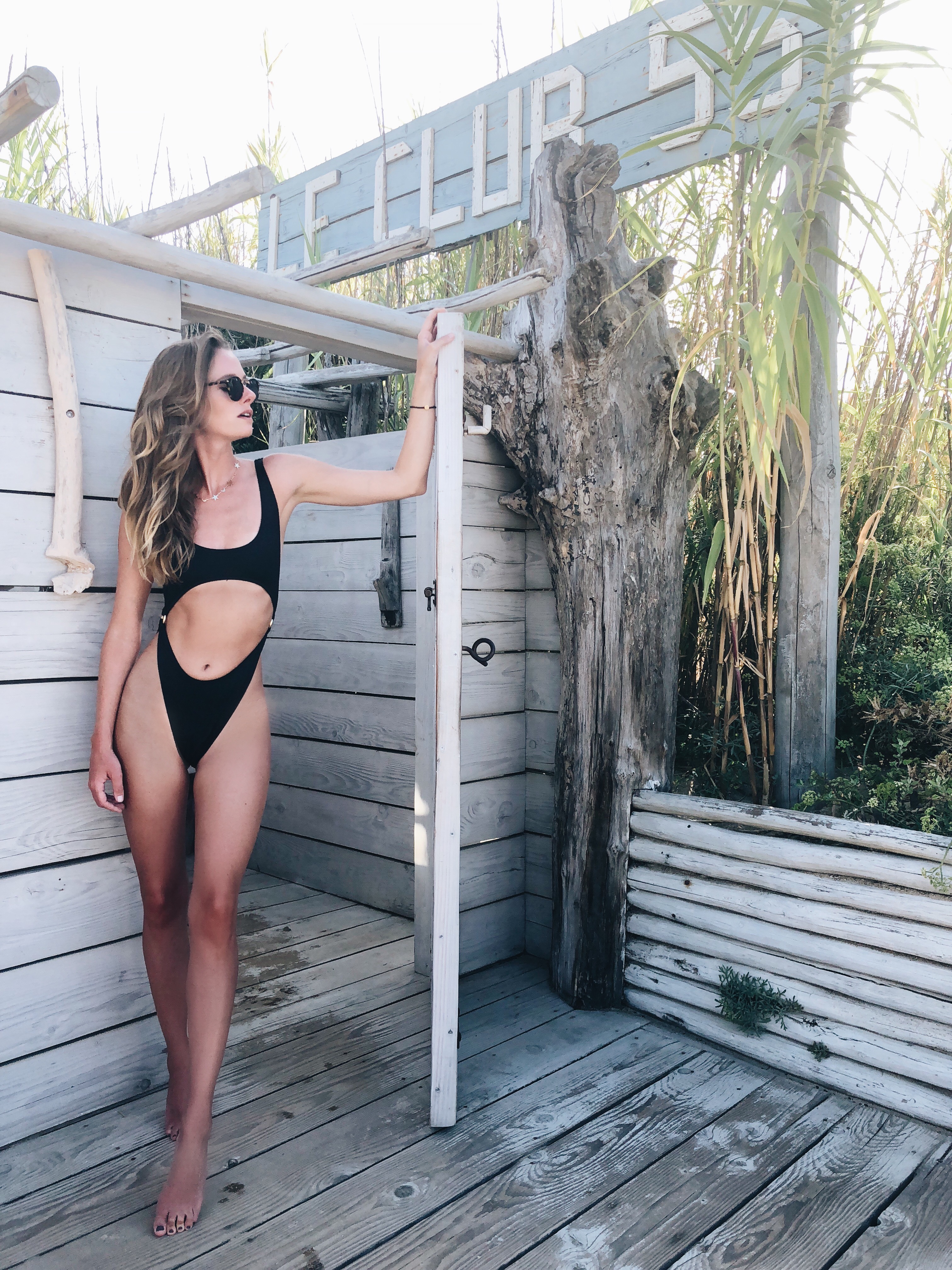 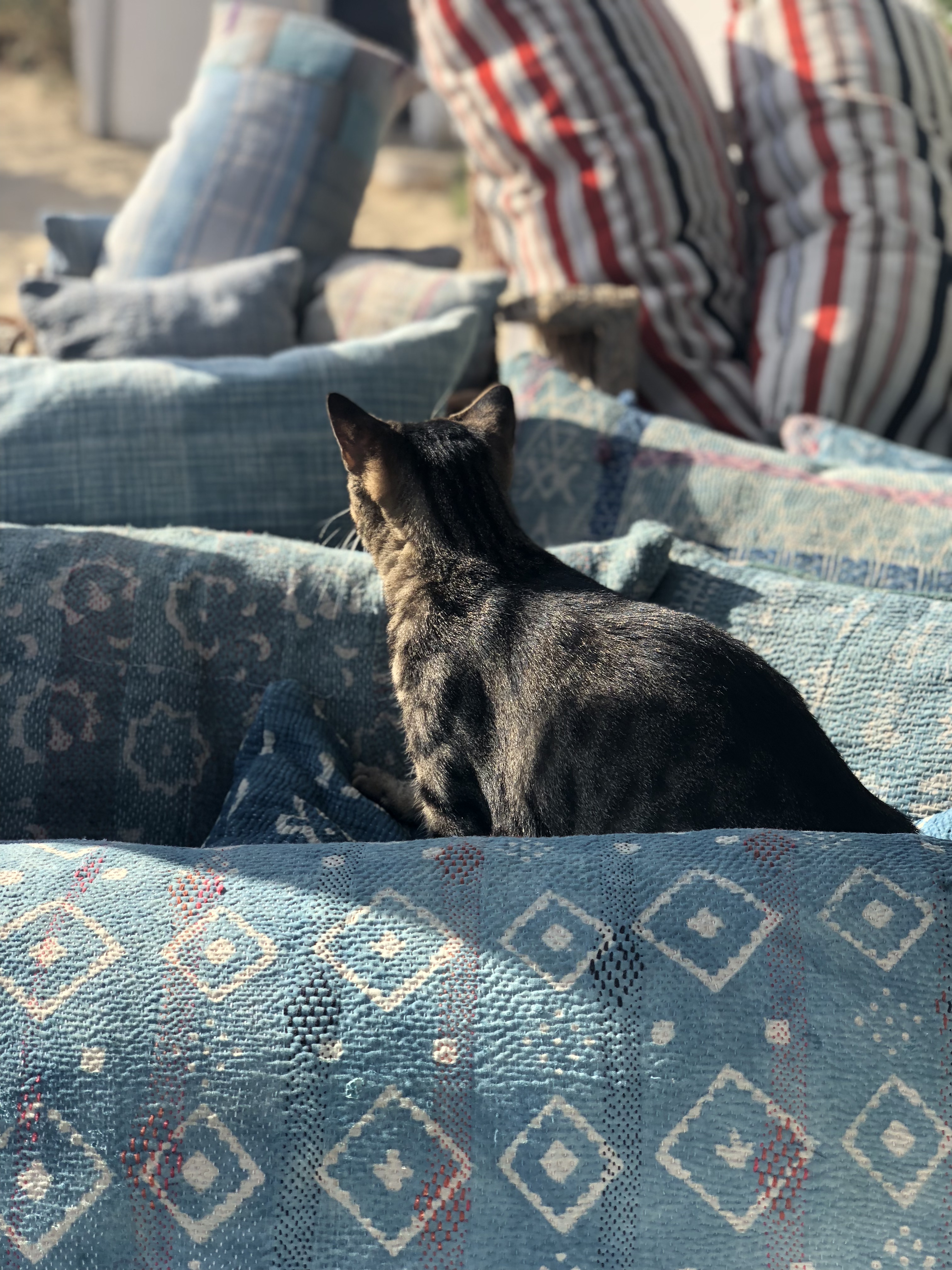 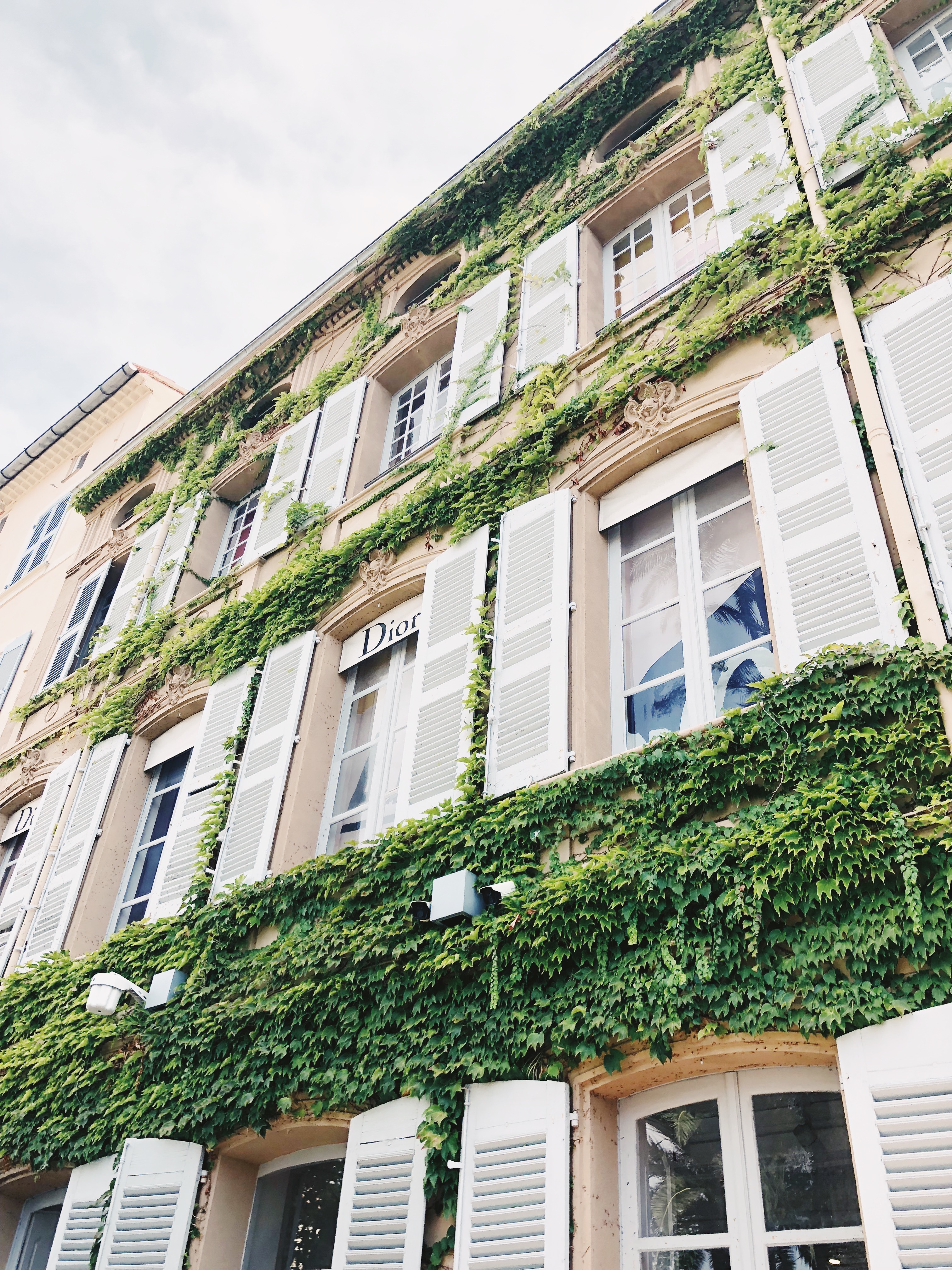 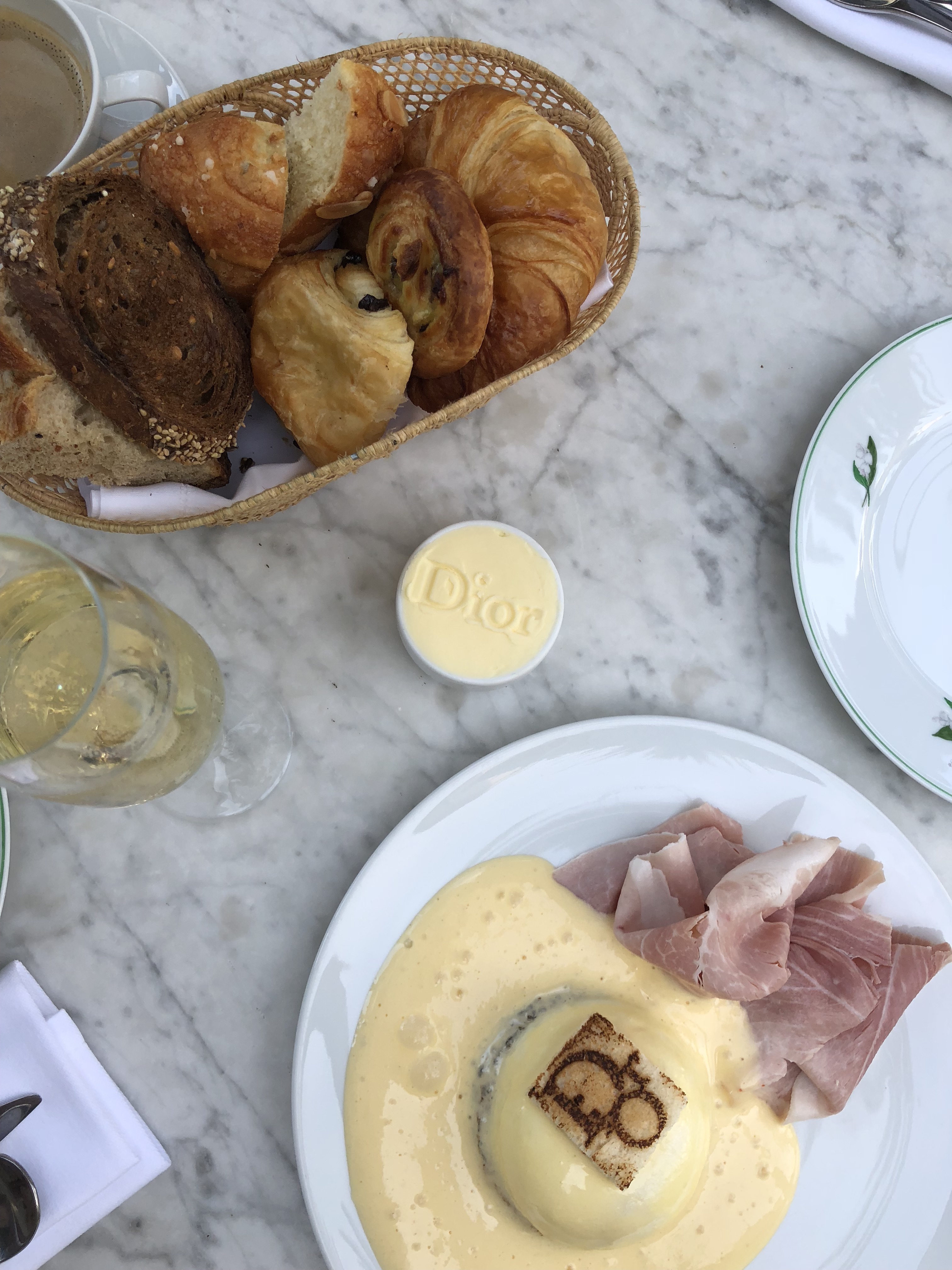 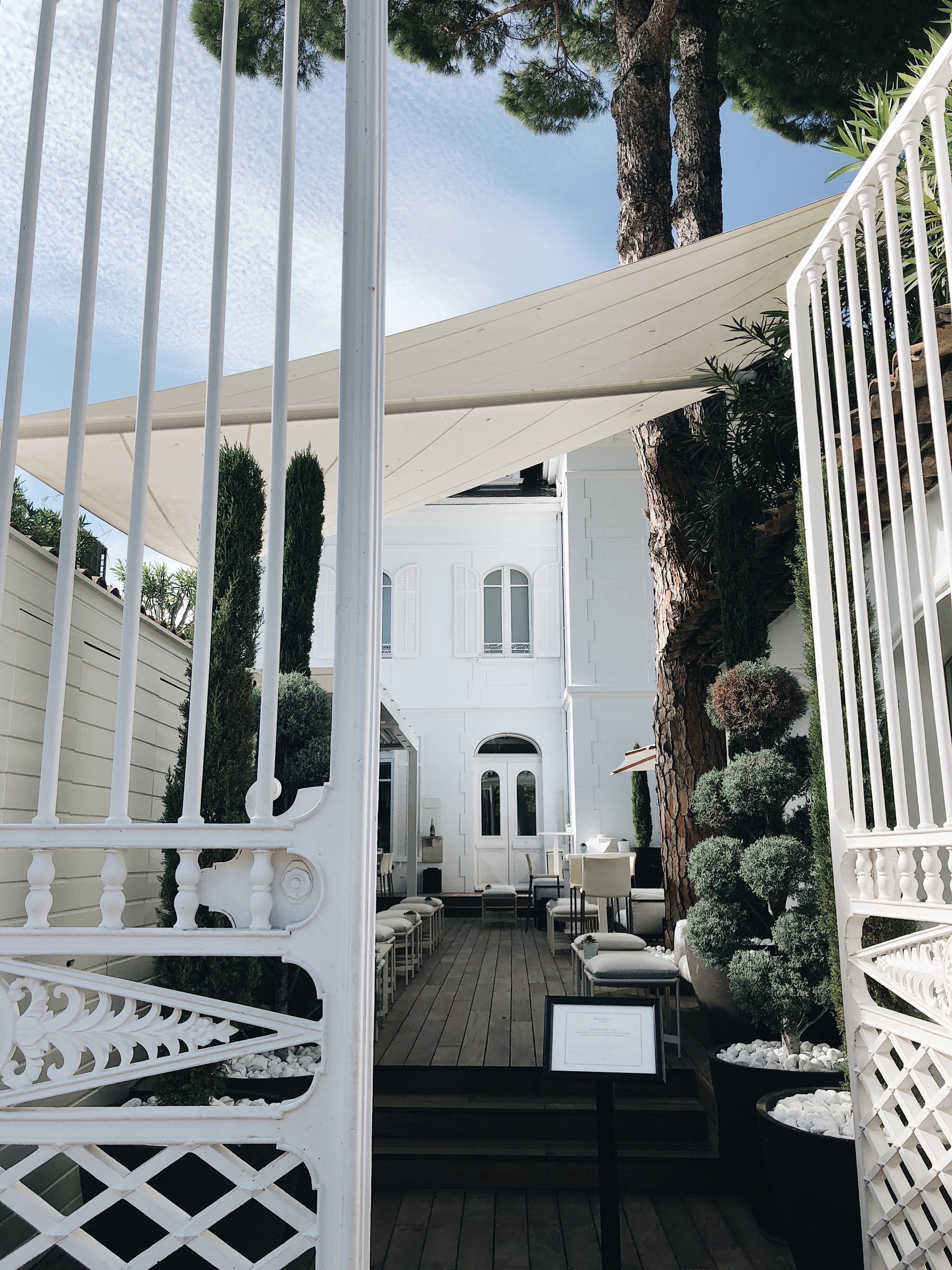 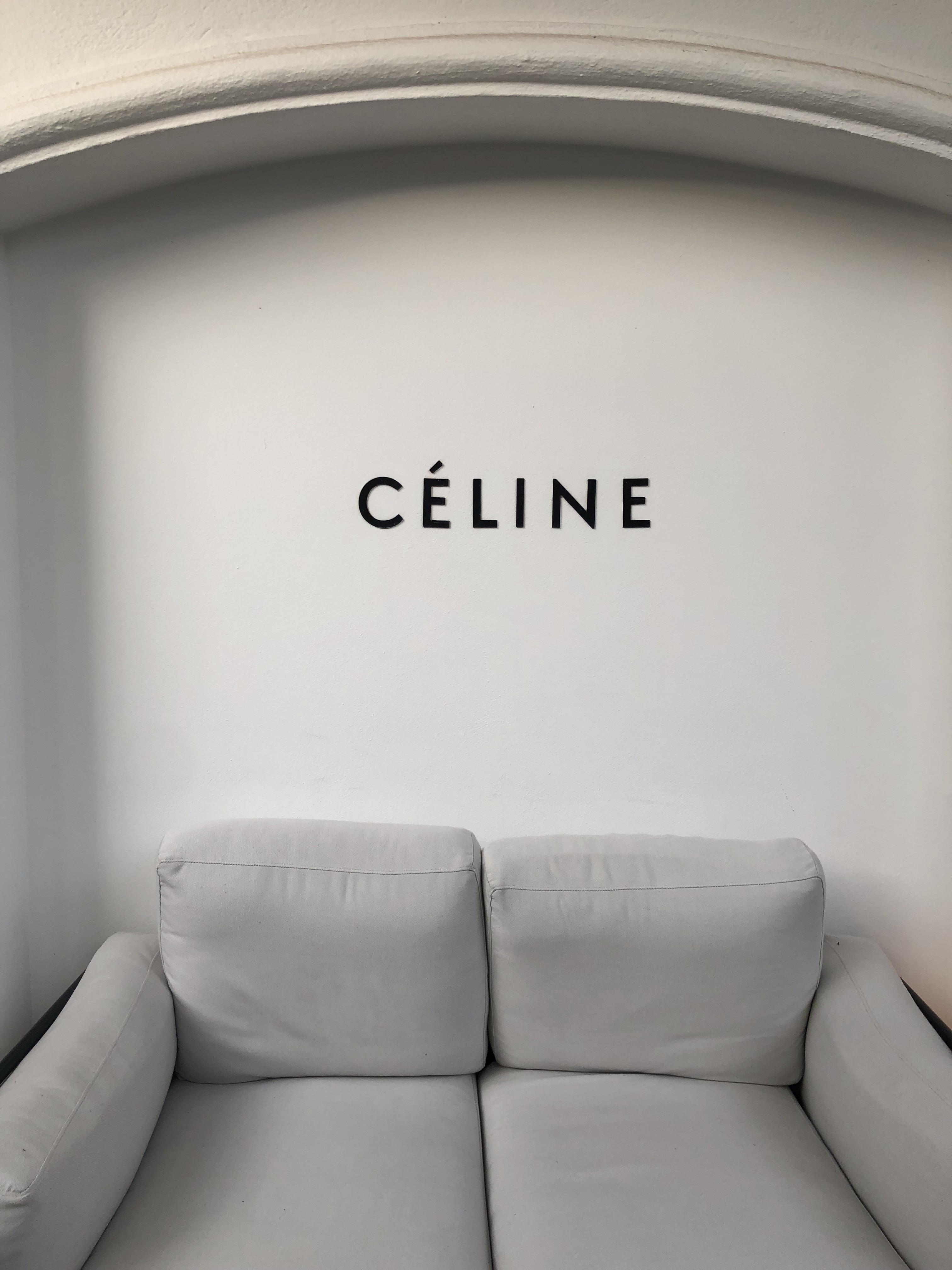 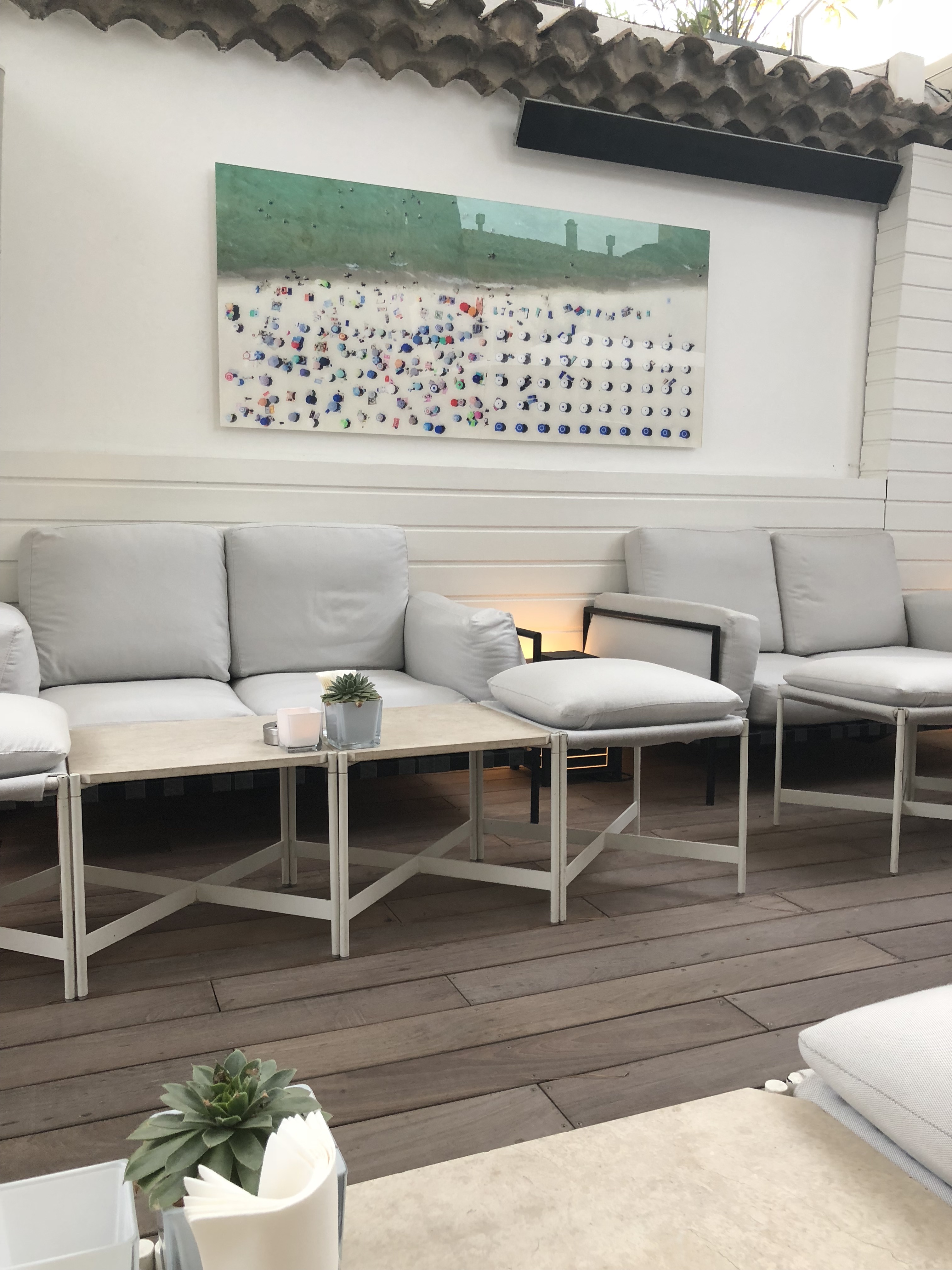 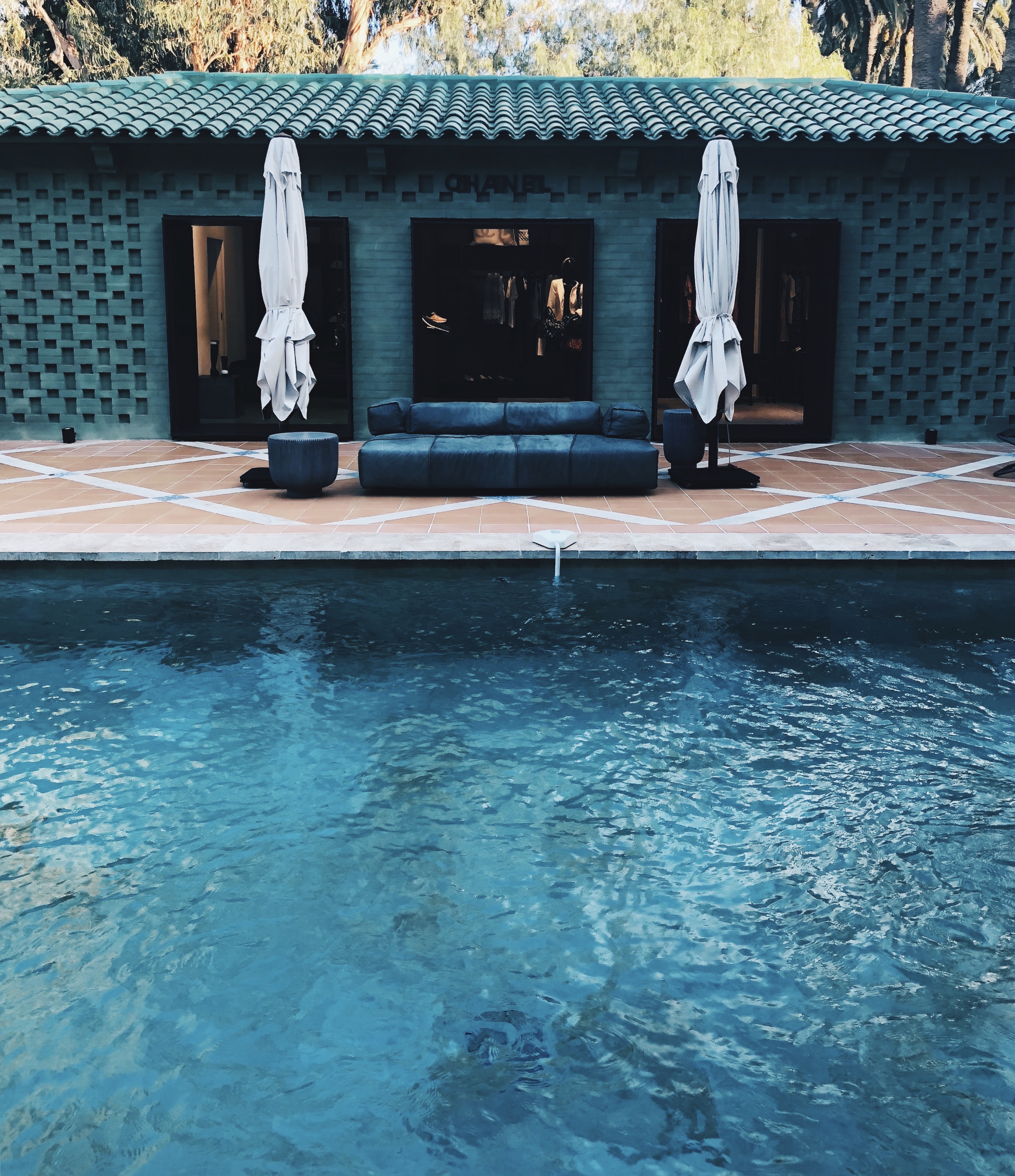 I was so sad to leave St. Tropez, it was by far one of my favorite stops on the trip.  I felt like I could have spent a week there, and I will absolutely go back! 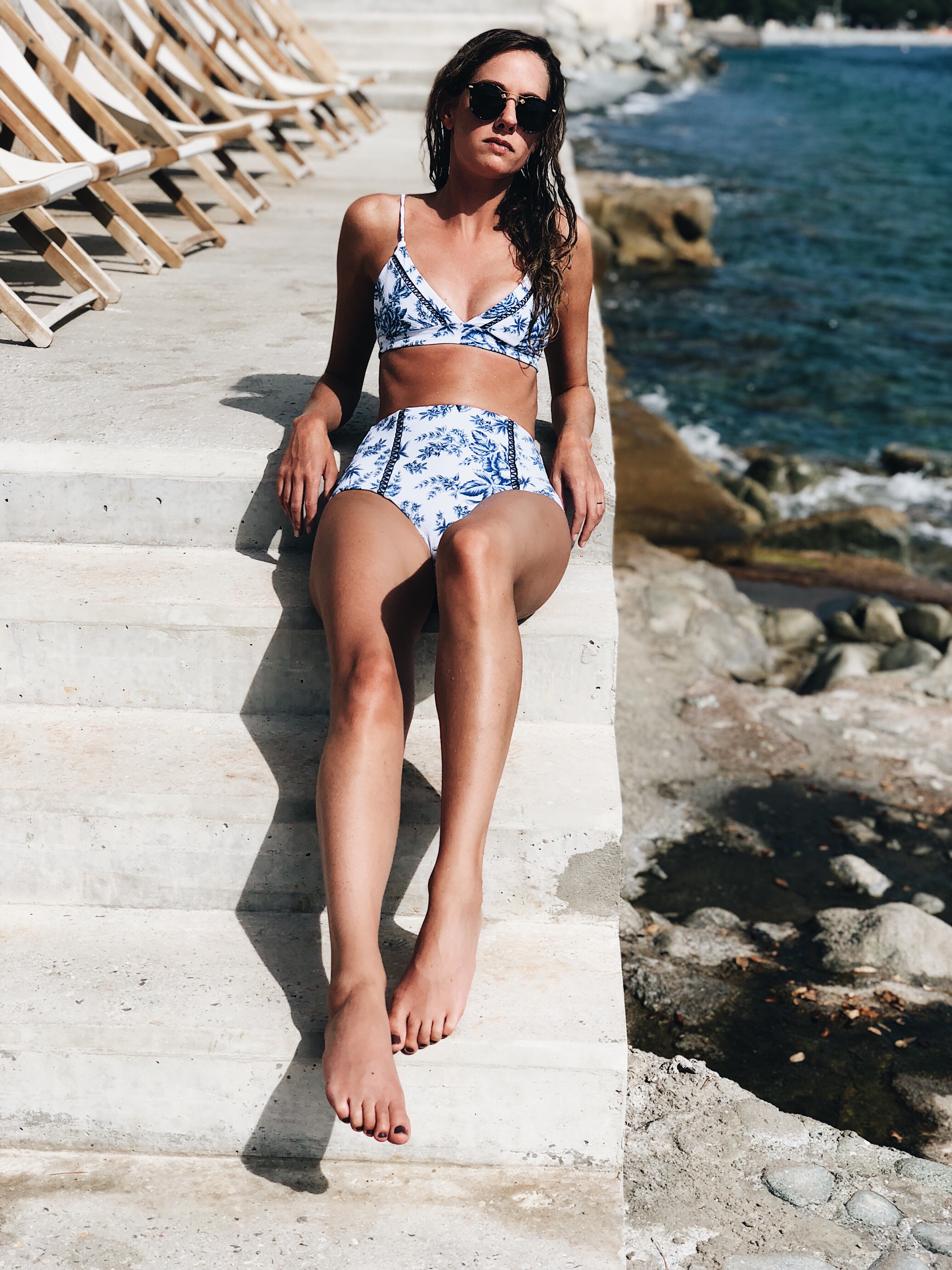 The rest of my trip to France, coming soon!