Japan has been on my list for a very long time for one specific reason, and her name is Jessica.

Jessica has been living in Osaka with her husband Matt for six years.  They moved from California to plant a church and Matt has recently become the head pastor of the Mustard Seed – Osaka.  I have been wanting to make the trip for four years, and knew that I needed to go before having kids or it just wouldn’t happen. 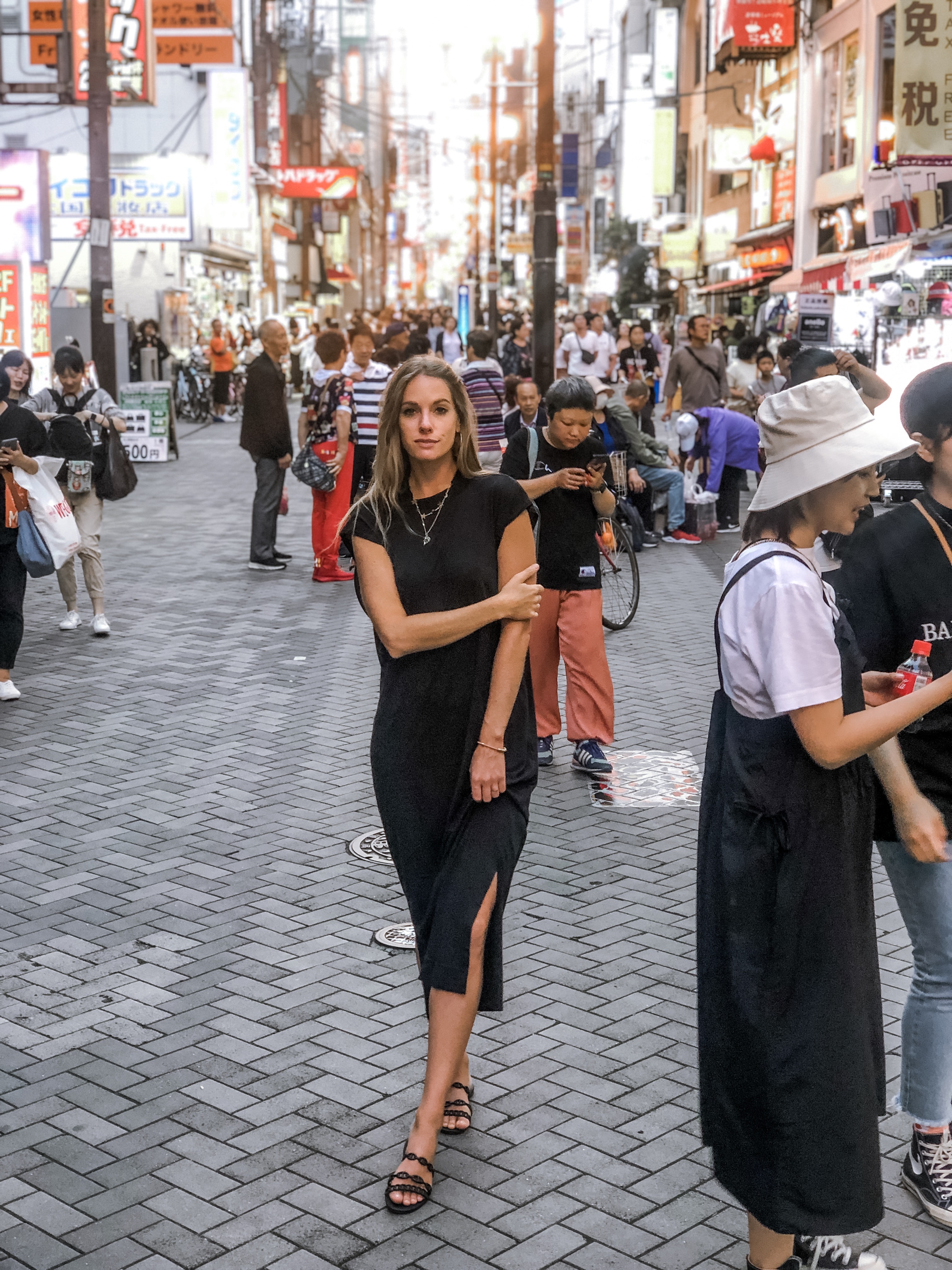 I knew that I was going to Paris to buy for the store, and then spending a week in Hossegor to surf, so I started searching for cities nearby for the cheapest flight to Osaka.  Bilbao won at 40,000 points for a Delta One seat.   The flight went from Bilbao to Amsterdam, Amsterdam to Taipei and Taipei to Osaka where Jessica picked me up at the airport – Ichiban in hand. 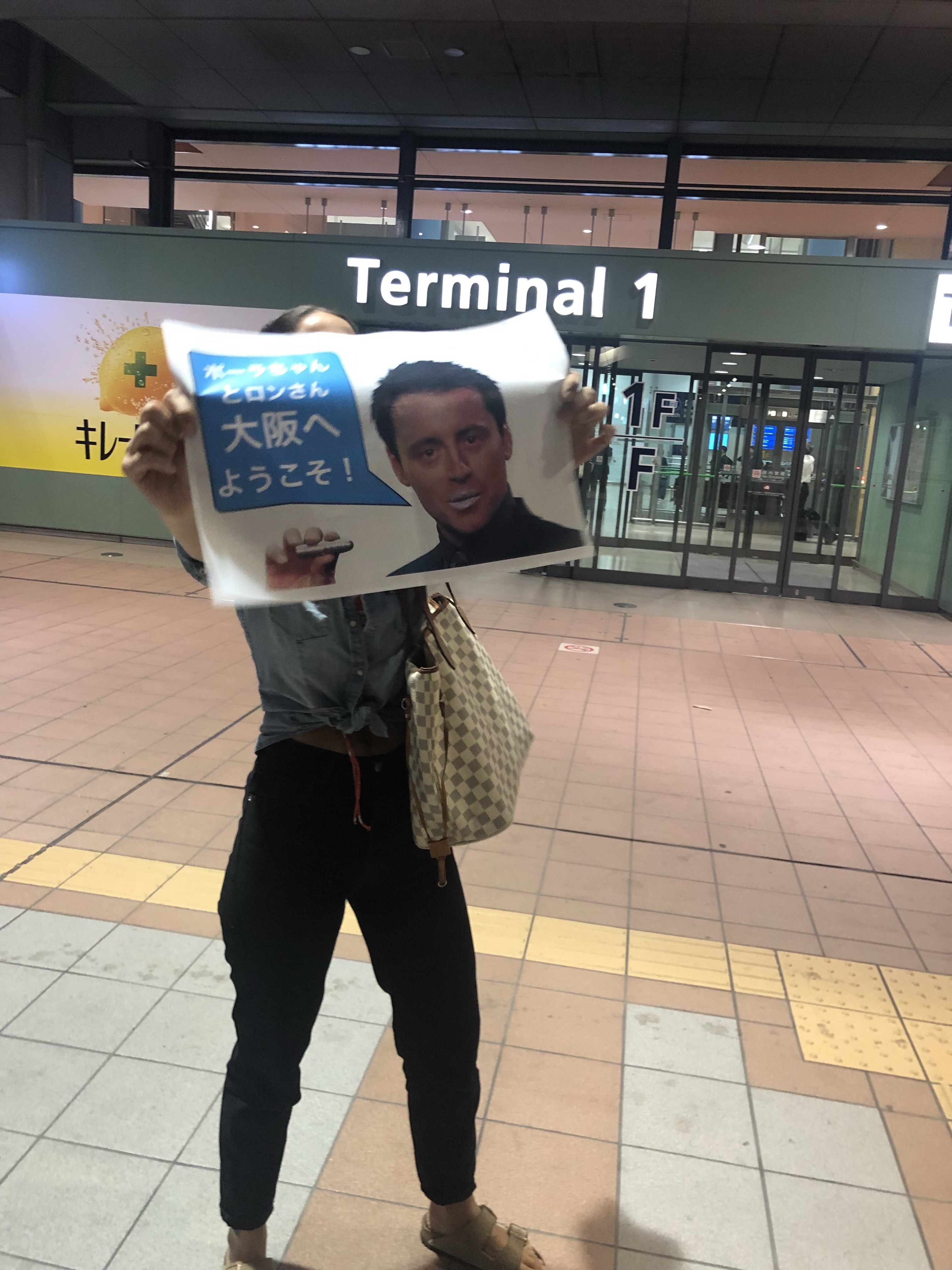 Trains or buses are the transportation of choice in Japan.  I quoted a black car, a taxi and an Uber from the airport to Jessica’s front door (about an hour away) and the cheapest was $275, so Jess came to get me and help navigate public transportation.

I don’t think there is ANY way I could have done it without her there.  I changed trains twice (I think) and then walked from the train station.  I have no idea how tourists do it without help, let alone southerners not used to trains at all.

Japan is definitely in a category of its own.  From the food to the culture, it was an adjustment.  Horse is a topping option at Pizza Hut, hummingbird on a stick was available at the market and if you find something tasty on the street, don’t walk and eat it’s frowned upon.  But definitely stop when you see a Melon Pan eat it.  It’s a circular hot pastry and I ordered one with ice cream in the middle.  You can stand next to the booth and eat it and then throw the wrapper in their trash can.  There aren’t any trash cans on the street, learned the hard way when I carried a coffee around for hours.

But other than the change of pace, I had a great time getting to see the day-to-day life of Jessica and Matt and how they are changing lives in Japan.  I had the opportunity to visit their Mustard Seed location in Osaka and meet their church family.  To learn more about their church and how to add to their mission of spreading the love of Jesus in Japan, click here.

Besides loving on my family, I ran around town to see all that Osaka had to offer (and eat all of the Udon).

My first day I took the train to Kyoto (about 45 minutes) and ate lunch at Kyoto Gogyo.  Burnt ramen is on the menu, and American hip hop is on the speakers.  From there, I walked around Kyoto, and along the streets of Ninenzaka.  I stopped in a Starbucks that looked nothing like a Starbucks, and passed high end shops like Leica that also looked nothing like themselves.  I also went to Gion in the Geisha district.  This area is great for photos if you’re looking for traditional Japanese culture. 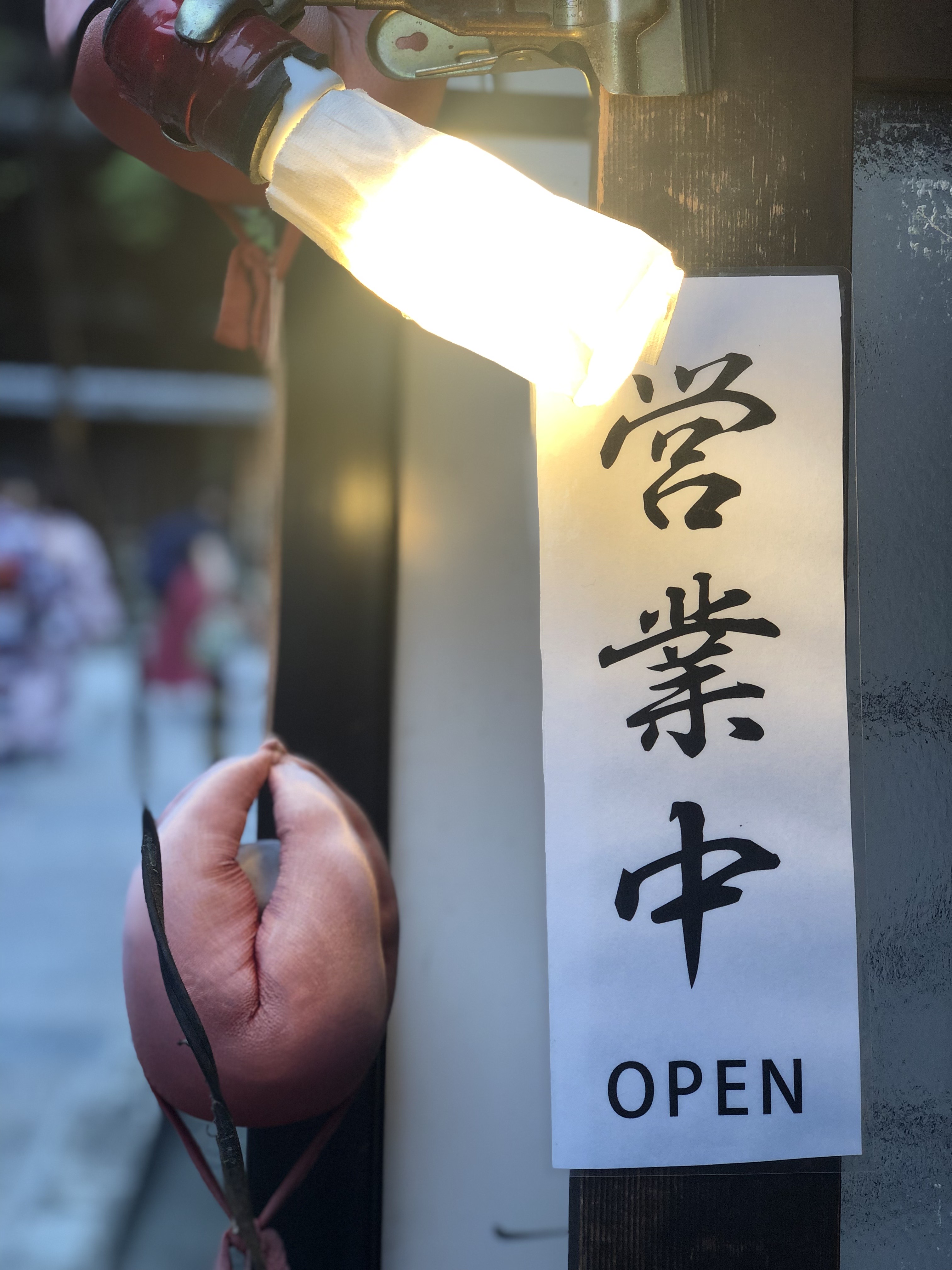 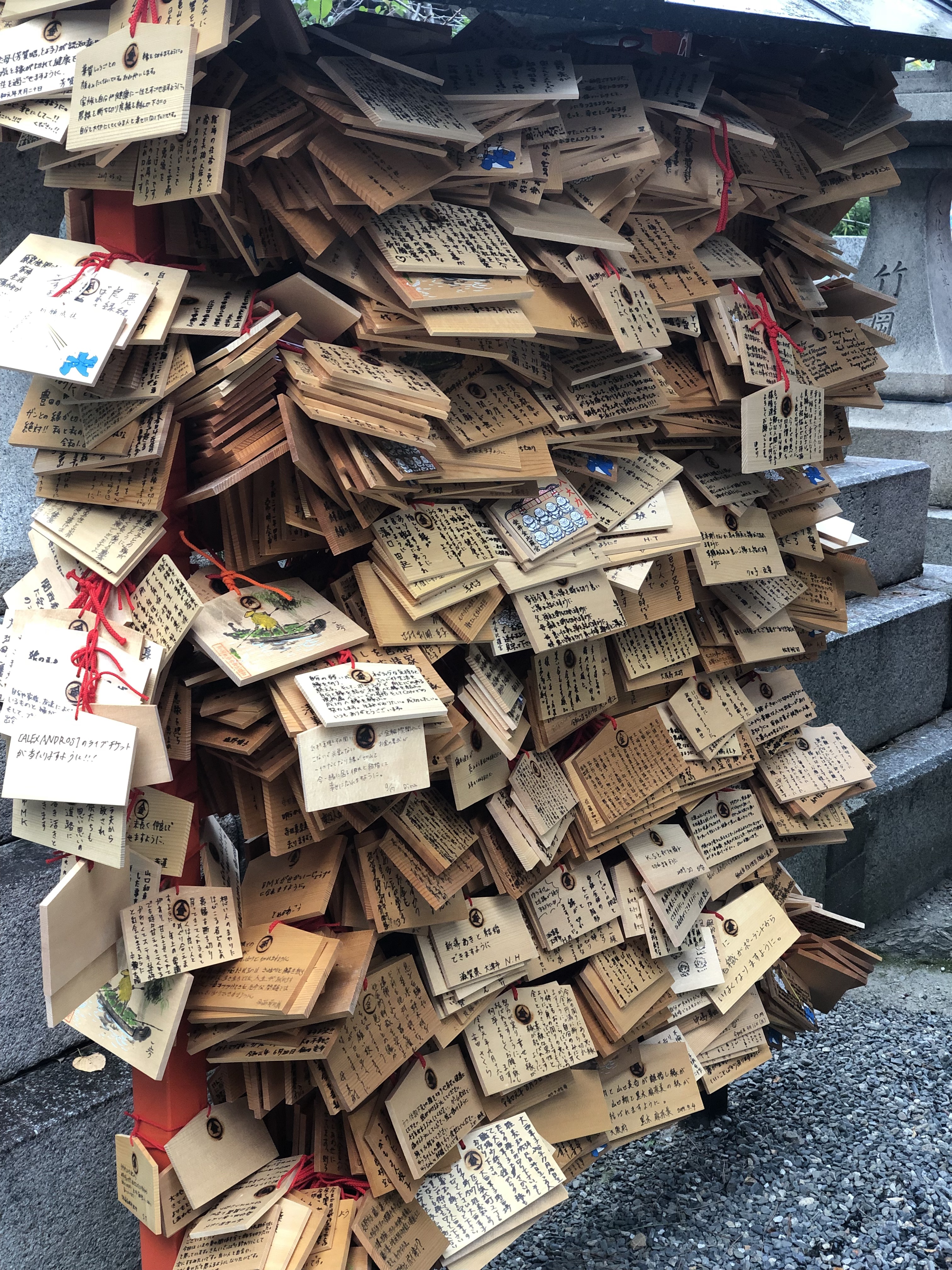 Back in Osaka, I ate dinner at Tsurutontan – probably my favorite for dumplings.  I ate two rounds of dumplings and tuna sushi with truffle mayonnaise.  YUM. The restaurant is near the Dotombori Bridge with the Glico Man that you may have seen in movies, kind of a place marker of the center of Osaka.  Amemura (America Town) is nearby, and I picked up a vintage Nike sweatshirt.  This area is kind of like a hip-hop Disney Land for Osaka. 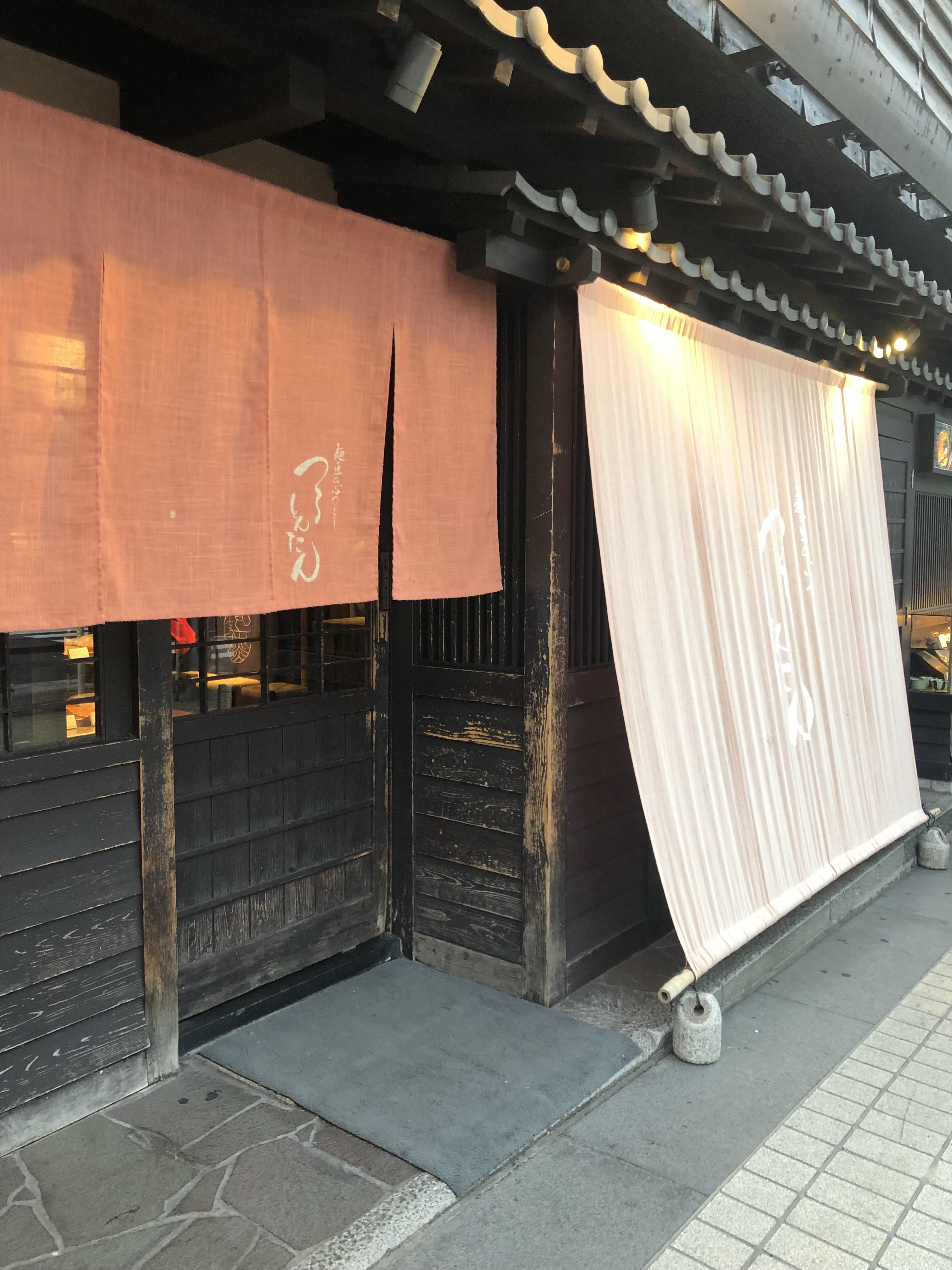 I also walked the Nishiki Market, where I spotted the hummingbird and anything and everything you would want to try to eat.  I stopped in a small pottery shop here and picked up a gift.  You could stay in here for hours if you don’t experience claustrophobia.

If you’re struggling with food and where to go, Japan LOVES a food hall.  You will find most of these in the basement of department stores and they are fantastic.  My favorite was the Lucua Food Hall inside of Osaka Station (train station).  They had baked sweet potatoes in a cone that I never wanted to end.  There is also a sushi area where each morning they cut up a huge tuna over a microphone (see on my Instagram stories under the Japan highlight). 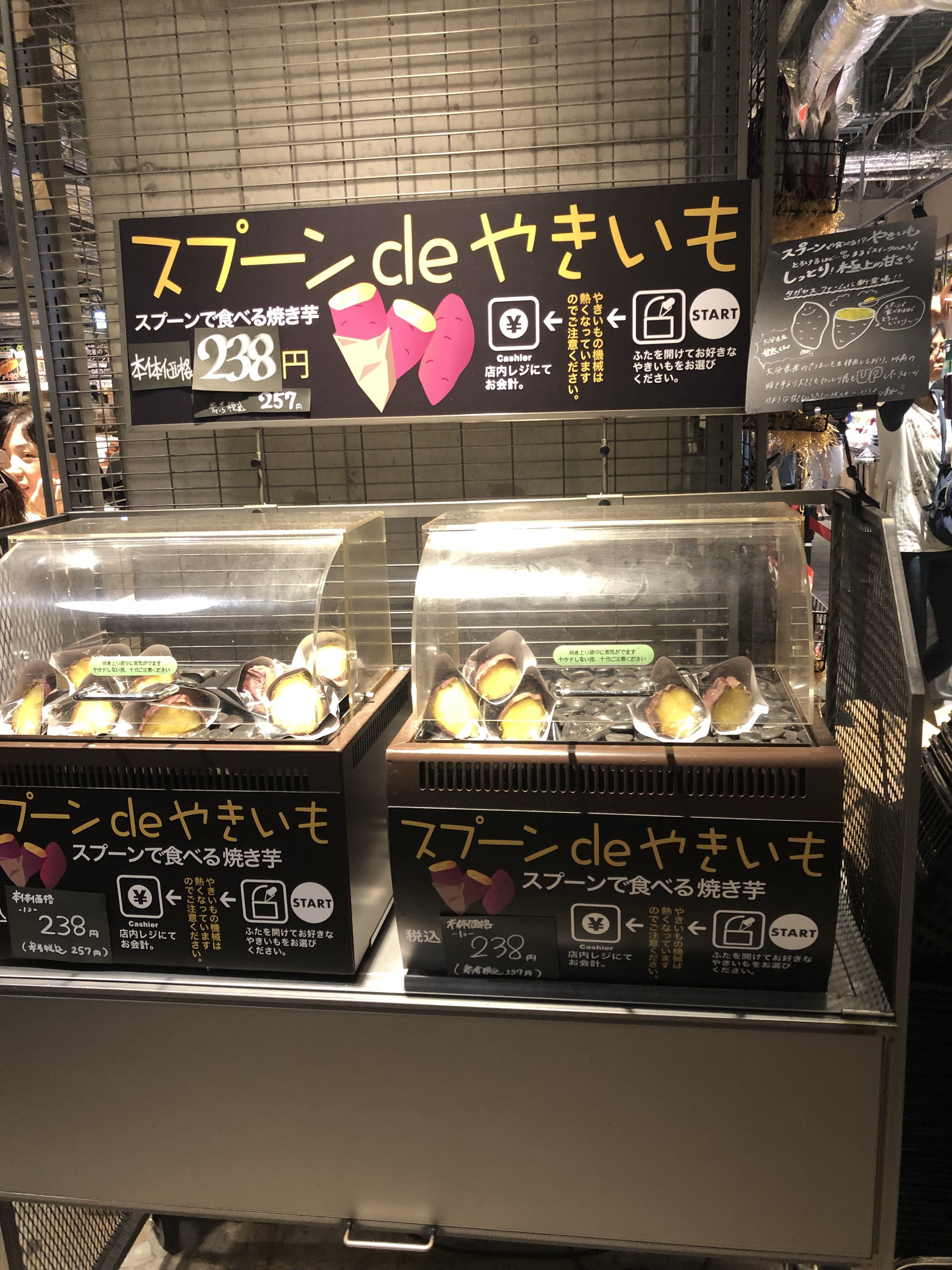 After eating, I stopped in Journal Standard and Tomorrowland to shop.

Post Bali (travel guide coming), I went back to Tokyo to fly home.  The flights were ridiculously expensive out of Bali to the States, so I got a hopper to Tokyo first and spent the night there.

Tokyo had a different feel than Osaka, more neighborhood style like New York.  I found Trunk Hotel through a Condé Nast article, and loved it.  The boutique hotel is only 15 rooms with cute shops around it.  I did have to take a taxi to every dinner they suggested, but only about a ten minute ride.

There is a lot of French fusion in Japan, so if you like French food, there are options everywhere.  There is also a large selection of Michelin Star restaurants.

I also went to two different Udon restaurants, the favorite was TsuruTonTan.  And my last meal in Japan was…Shake Shack.  The second Udon wasn’t nearly as good as the first so by the end of the meal I was still starving.  And sometimes you just need to admit to being American and needing a cheeseburger.  It was good and my regret is ZERO.

There were a few breweries in the neighborhood we visited, and it was hard to pick between the huge list of suggestions.  Mikkeller is down a few random alleyways but a great spot with a huge open window seat.  Within walking distance is Oslo Brewing, a Netherlands vibe with a taco truck out front. 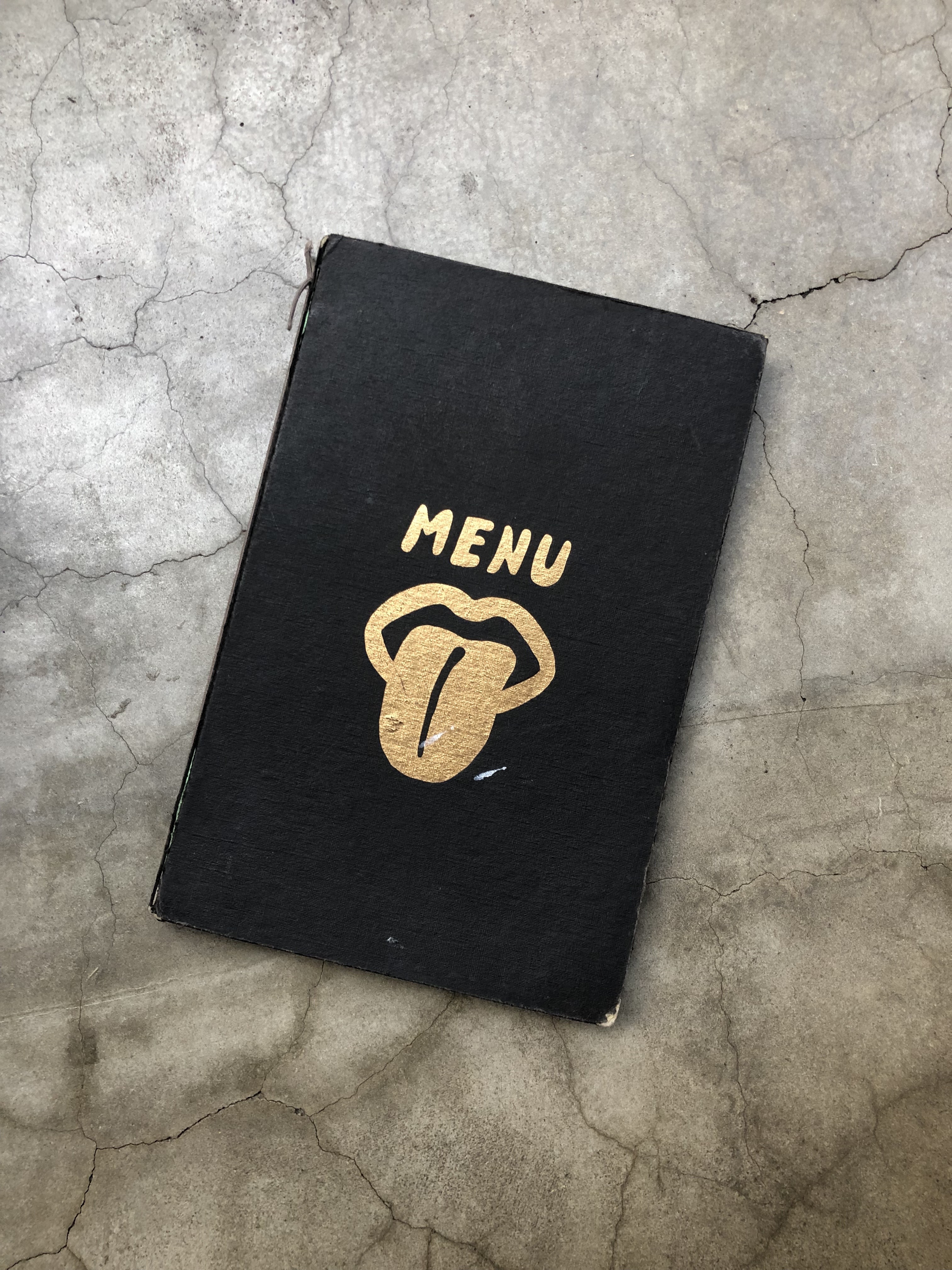 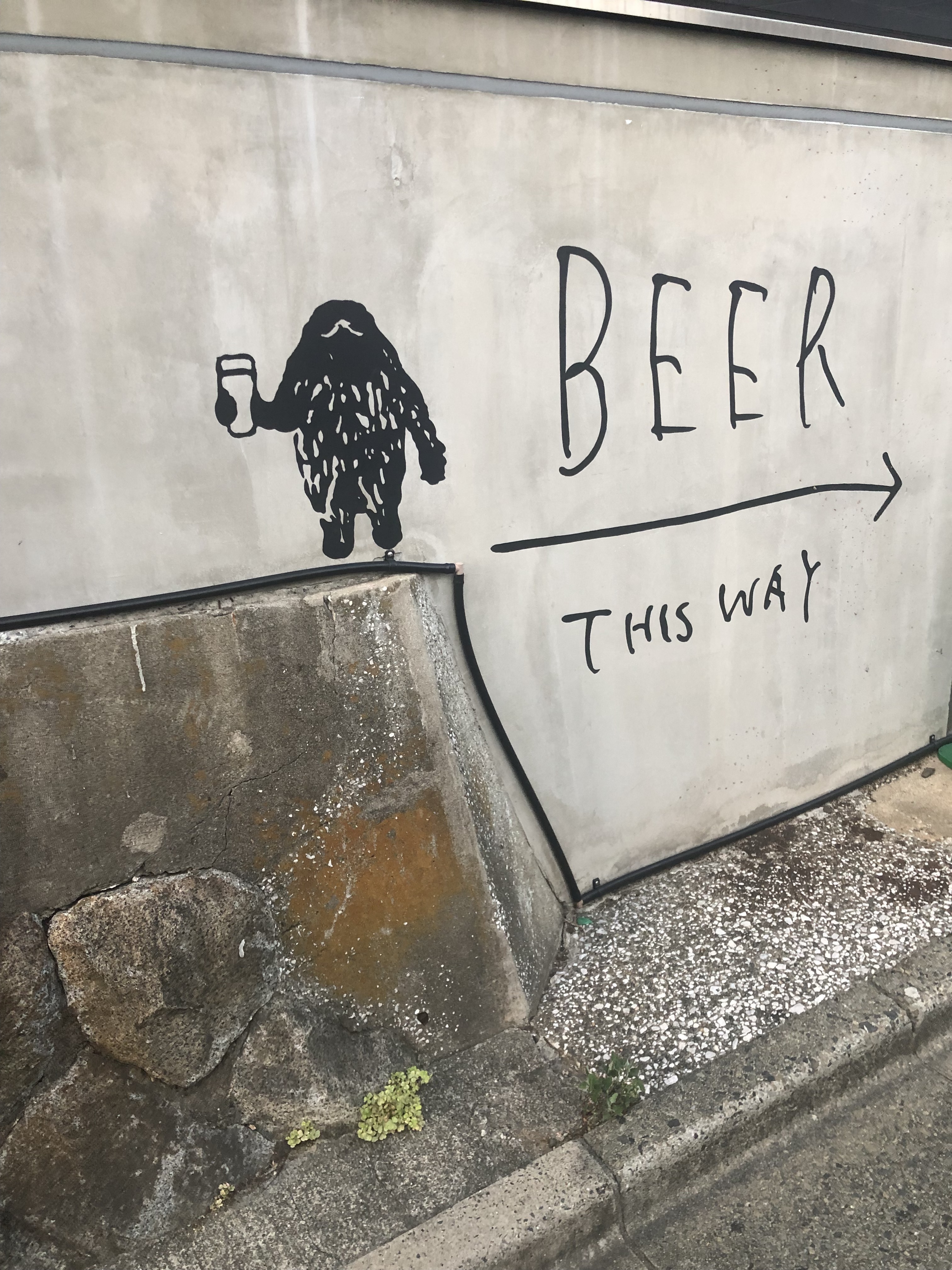 Overall, Japan was very interesting but a complete culture shock.  Here’s some things to know:

-Make sure you know what you’re eating

-Public transportation is a necessary evil

-Walk on the left or get hit by a bike

-A nod or a ‘arigato gozaimasu’ will go a long way

-Don’t open or close your taxi door, they will do it

-Don’t sit next to your significant other in a restaurant or people will laugh at you.  Only across from one another.

-You can leave your keys, bags, entire life on a table to save it.  Stealing is shamed in Japan and rarely happens.

– Don’t attempt to change anything on a menu.  It won’t happen.

-Taxi drivers really don’t know where anything is.  And if you show them an address, make sure it’s in Japanese.  It took me WAY too long to realize why the driver was looking in the wrong spot when I passed him my Google maps.  If someone handed me directions in Japanese, I would probably look in the wrong place too.