You are here: Home / Interiors / How to Frame Your Vintage Hermés Scarf 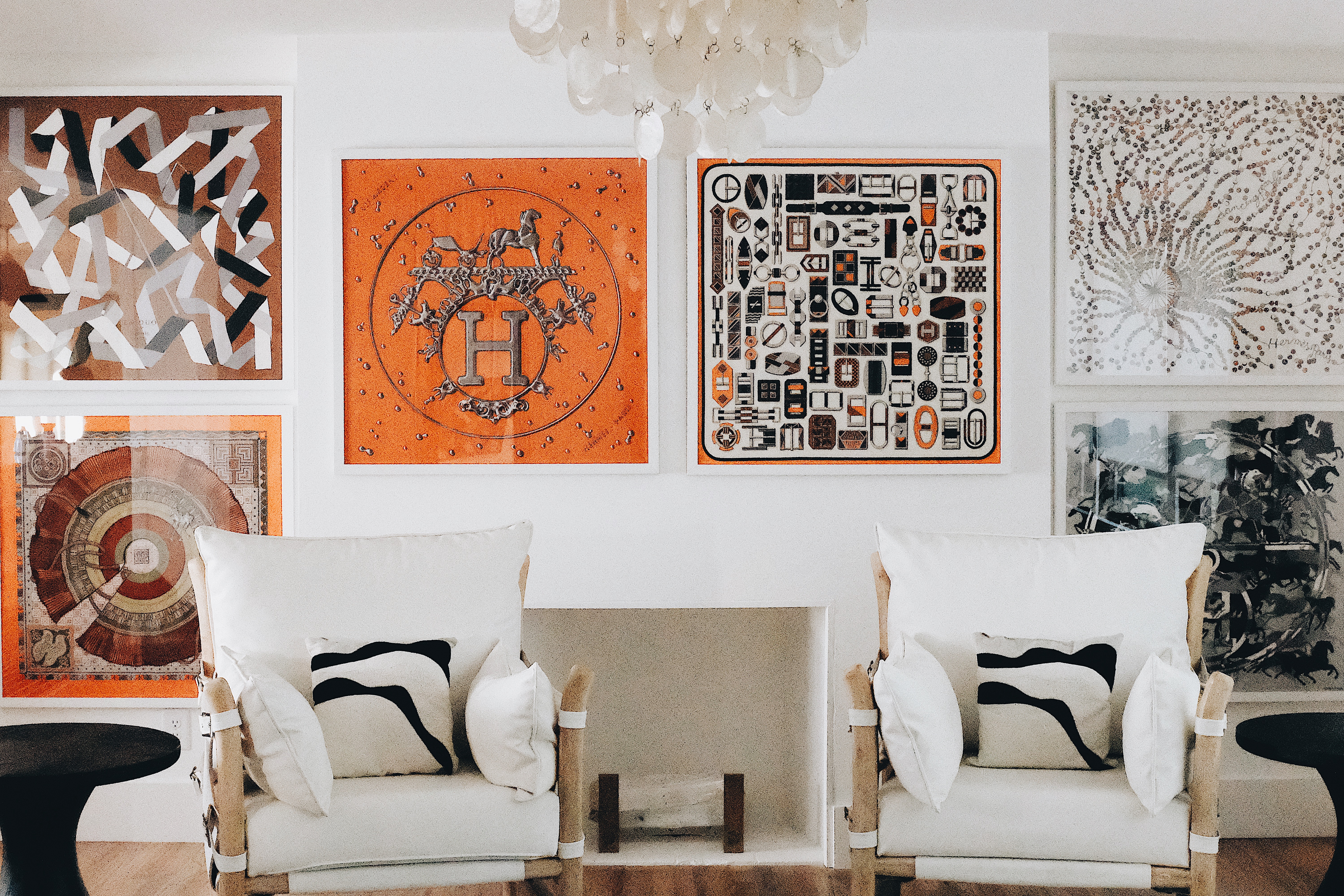 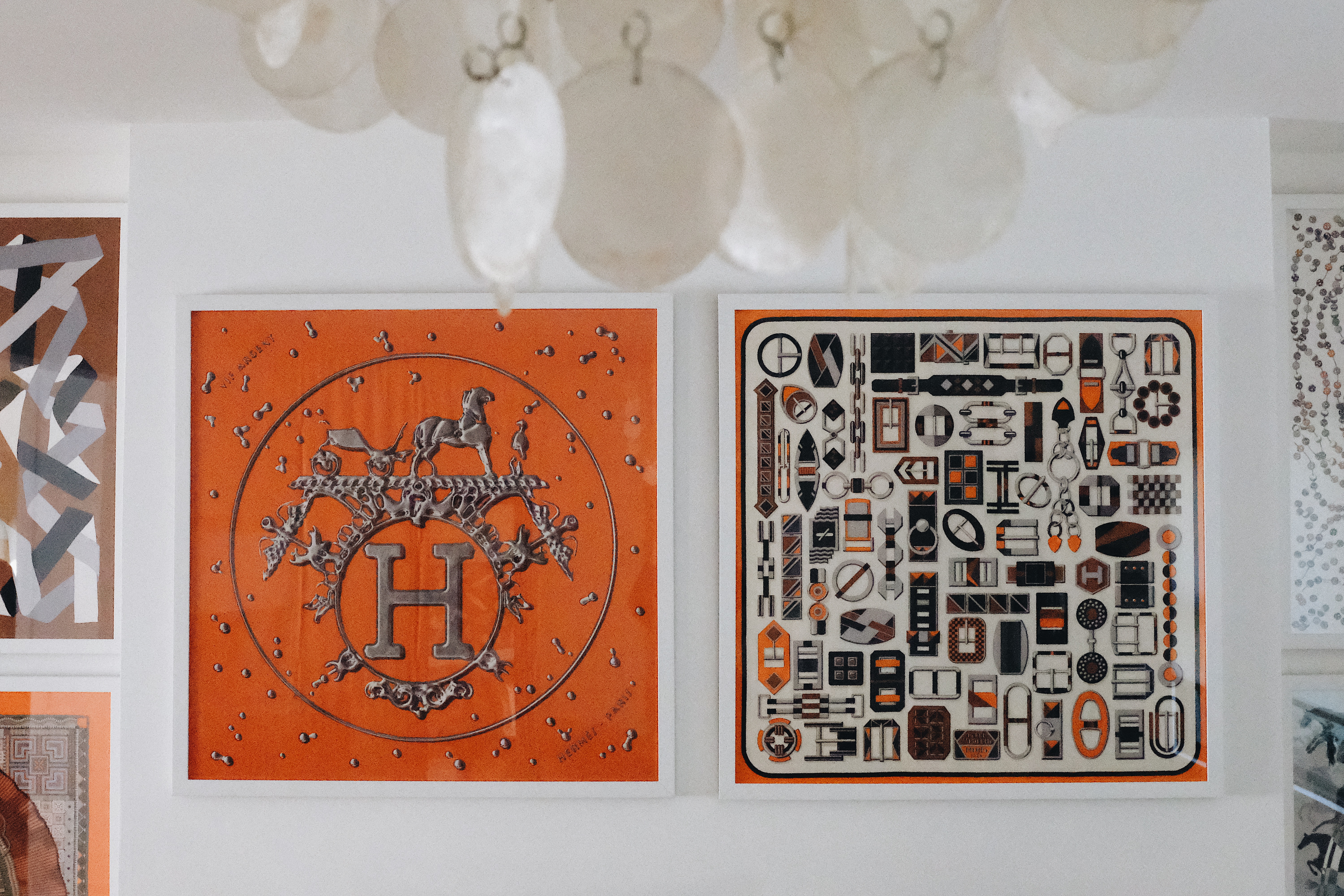 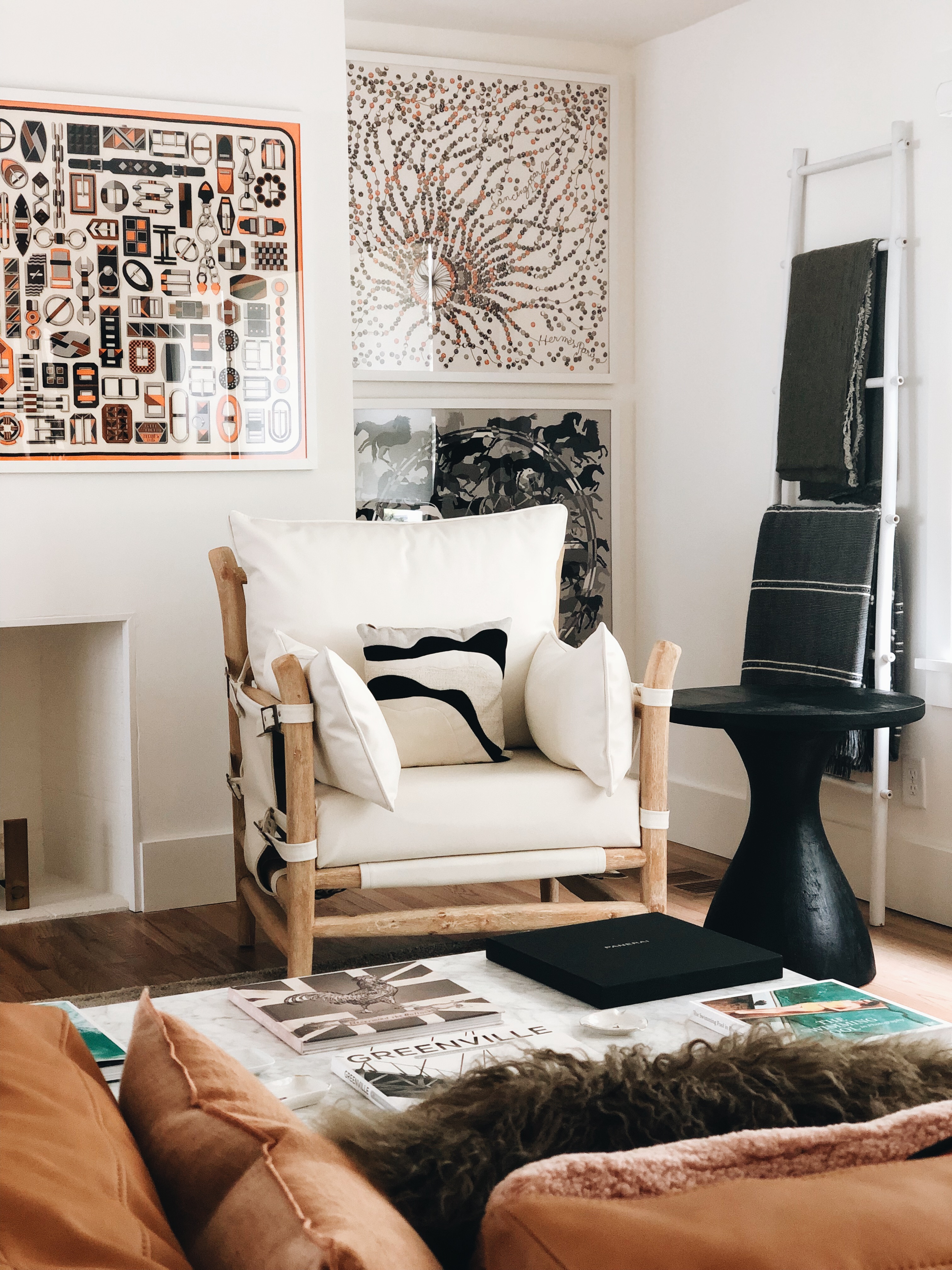 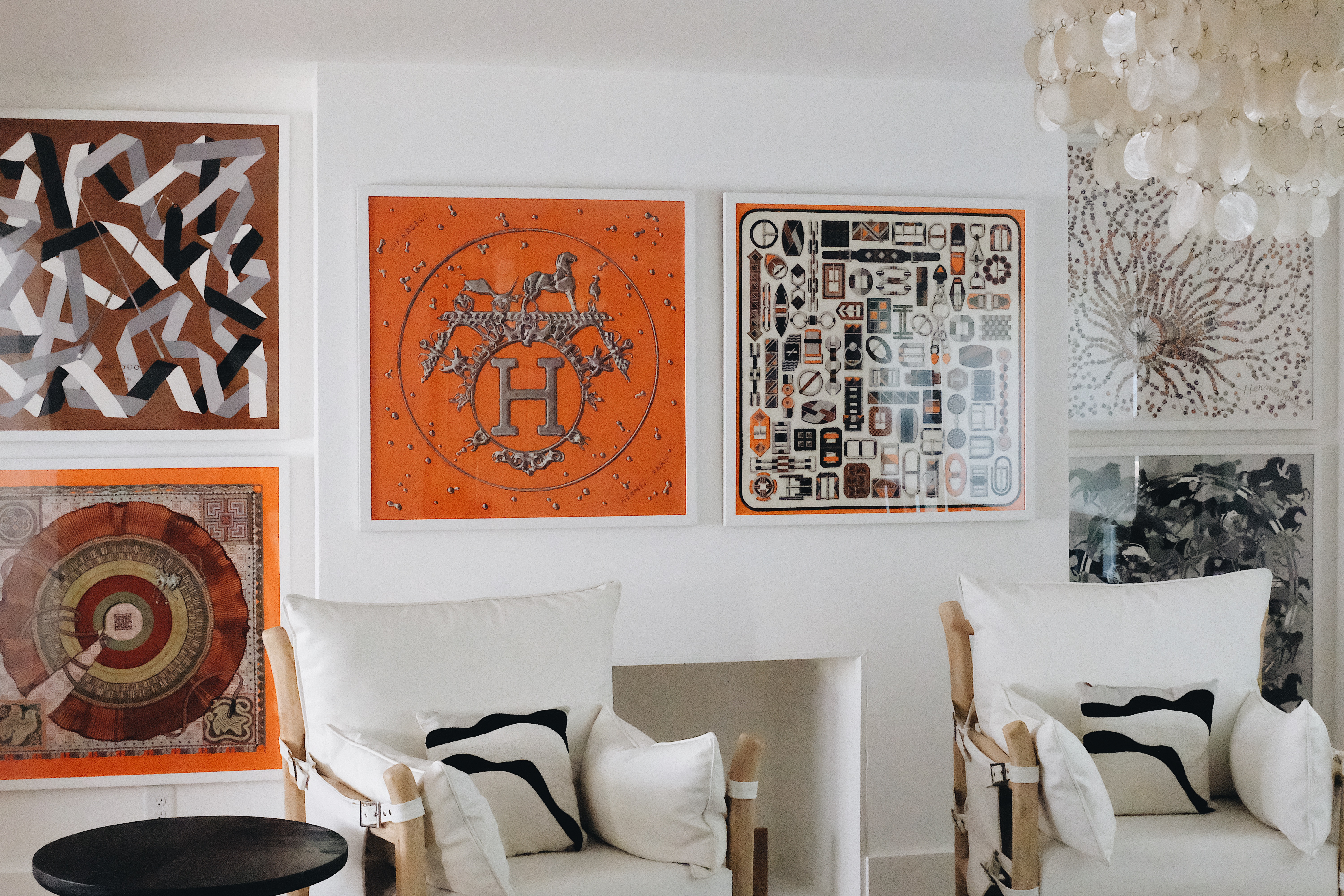 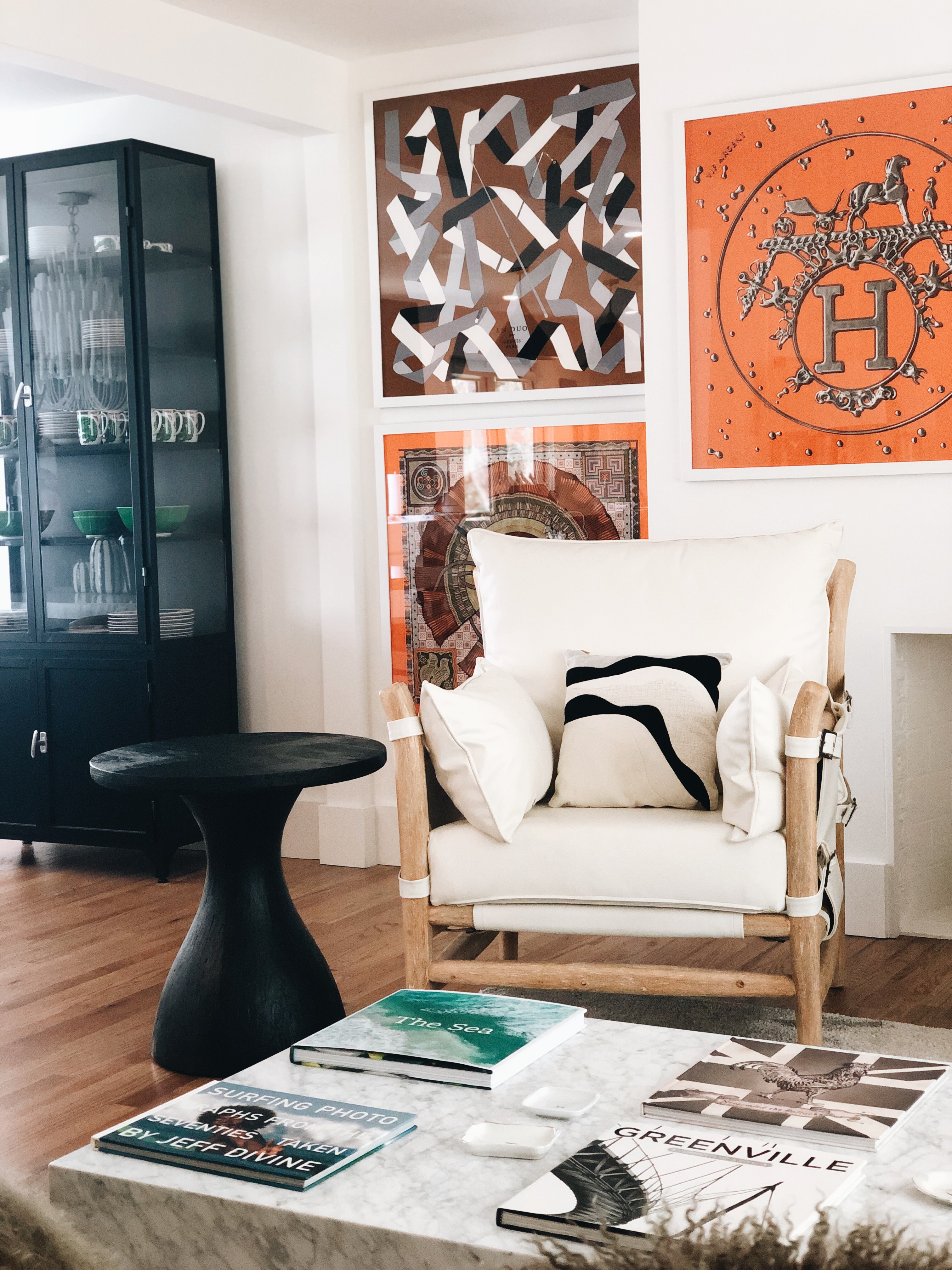 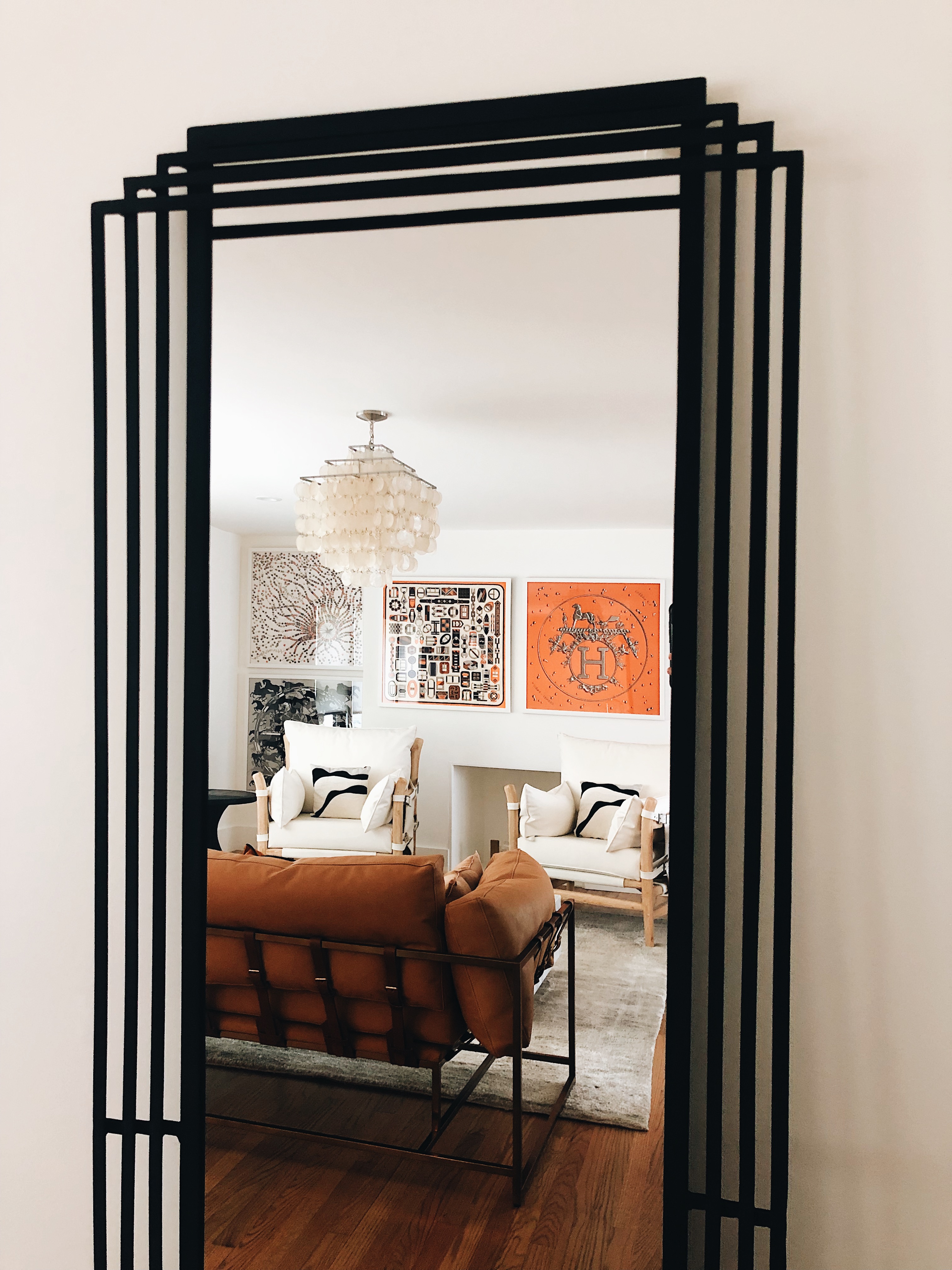 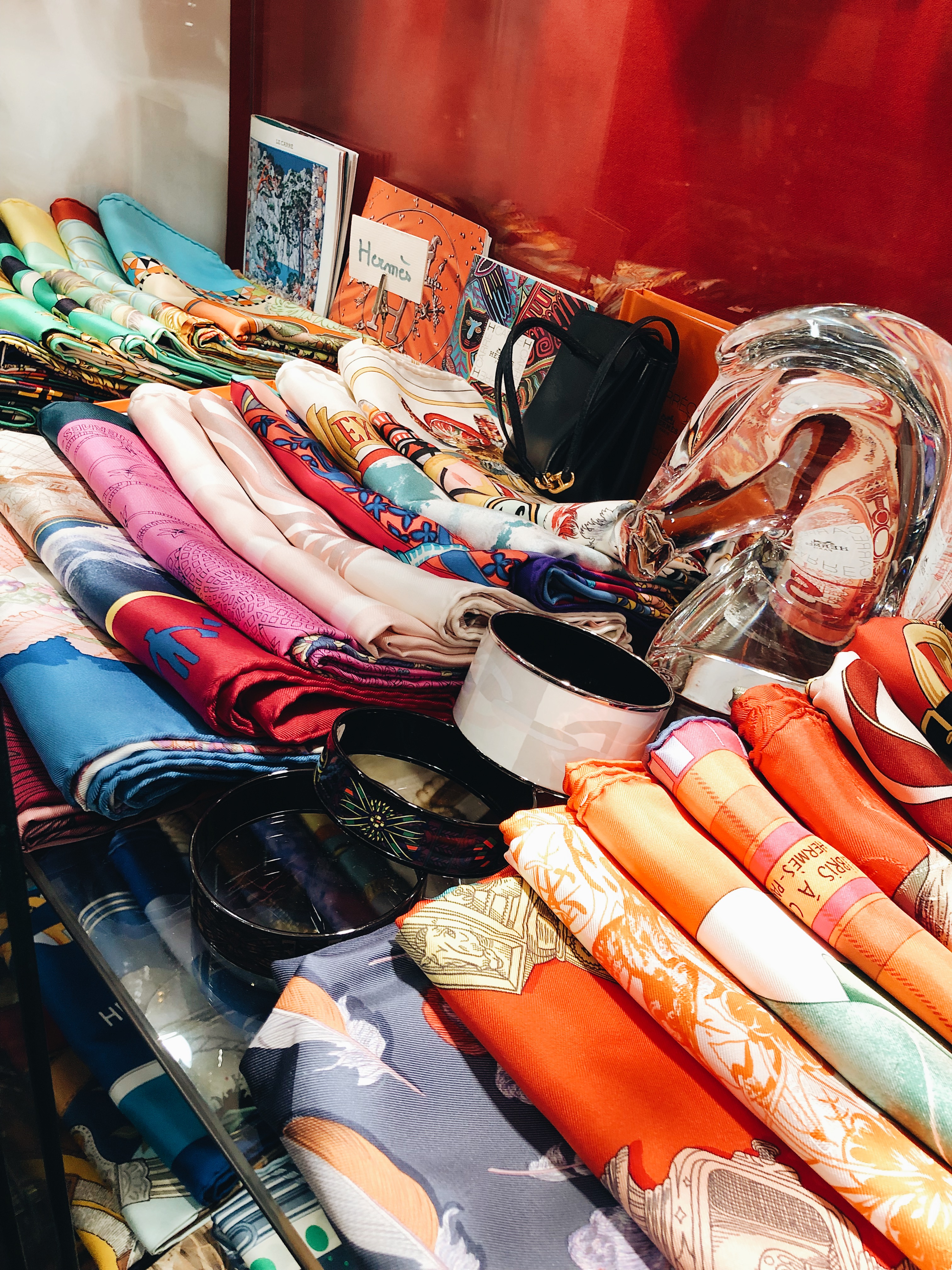 I have been collecting vintage Hermès scarves for the past few years since our first buying trip to Paris.  I love coming across Hermés in different patterns and color schemes, looking for different artists, and the stories wrapped up in each one.  I’ve also been collecting the vintage Hermés turbans, but that’s a whole different addiction issue for another day.

Most Hermés scarves I purchased in the Paris flea market, the photo above I snapped on our most recent trip.  Two were given to me for my first Mother’s Day by my sweet friend, Farrah.  I love how each one is different and a true piece of art.

When I started collecting the vintage pieces, I knew I wanted to frame them.  I had seen it done in a few different styles, some in shadow boxes or acrylic.  But my Hérmes scarves are so bold I wanted something simple so they could speak for themselves.

Sending them off was not an option for me.  I was too nervous, afraid I wouldn’t convey what I wanted well enough, and didn’t know if they would take care of them.  So I stayed local, which I prefer to do anyway.  I took them all to Havens Fine Framing in Mount Pleasant, South Carolina, where I met Bess – the third generation of this business.

She knew exactly what to do with the vintage Hermés, including steaming all of them out and a stretching process that allows them to lay flat but doesn’t damage the scarf.  At any point, if I decide I rather wear one than frame it, the scarf goes back to it’s original shape and form.

We chose a simple white frame, even though there are plenty of options at Havens.  Their frames are hand carved and finished by some of the best frame makers from Italy, Peru, South America and the U.S.  But these scarves didn’t need much.

After Bess and the team finished working their magic, her father Brent Havens and her brother both came to my home to install each one.  I don’t think Ron and I could have ever worked the magic that these two did.  They were not only perfectionists, but done in under an hour with installing these six scarves as well as three other pieces around the house.

Since this project, I have entrusted Havens with reframing a photo of my French great-grandfather in his restaurant’s kitchen as well as some of his original menus.  They are also mounting some black coral brought back from Thailand when my grandfather was in the Air Force.  I fully trust them to do the best work on my family heirlooms based on how wonderful these scarves turned out.

When framing your Hermès scarf be sure that the framer is familiar with the product.  When I brought mine to Bess, she didn’t have to consult with anyone, she knew exactly what to do.  Don’t hand over these beauties to anyone that is guessing.  I know that if I ever change my mind, she could have them out of the frame and draped around my neck in no time.

Thank you to Havens for being so fantastic through the process – I can’t wait to see the next round of pieces!