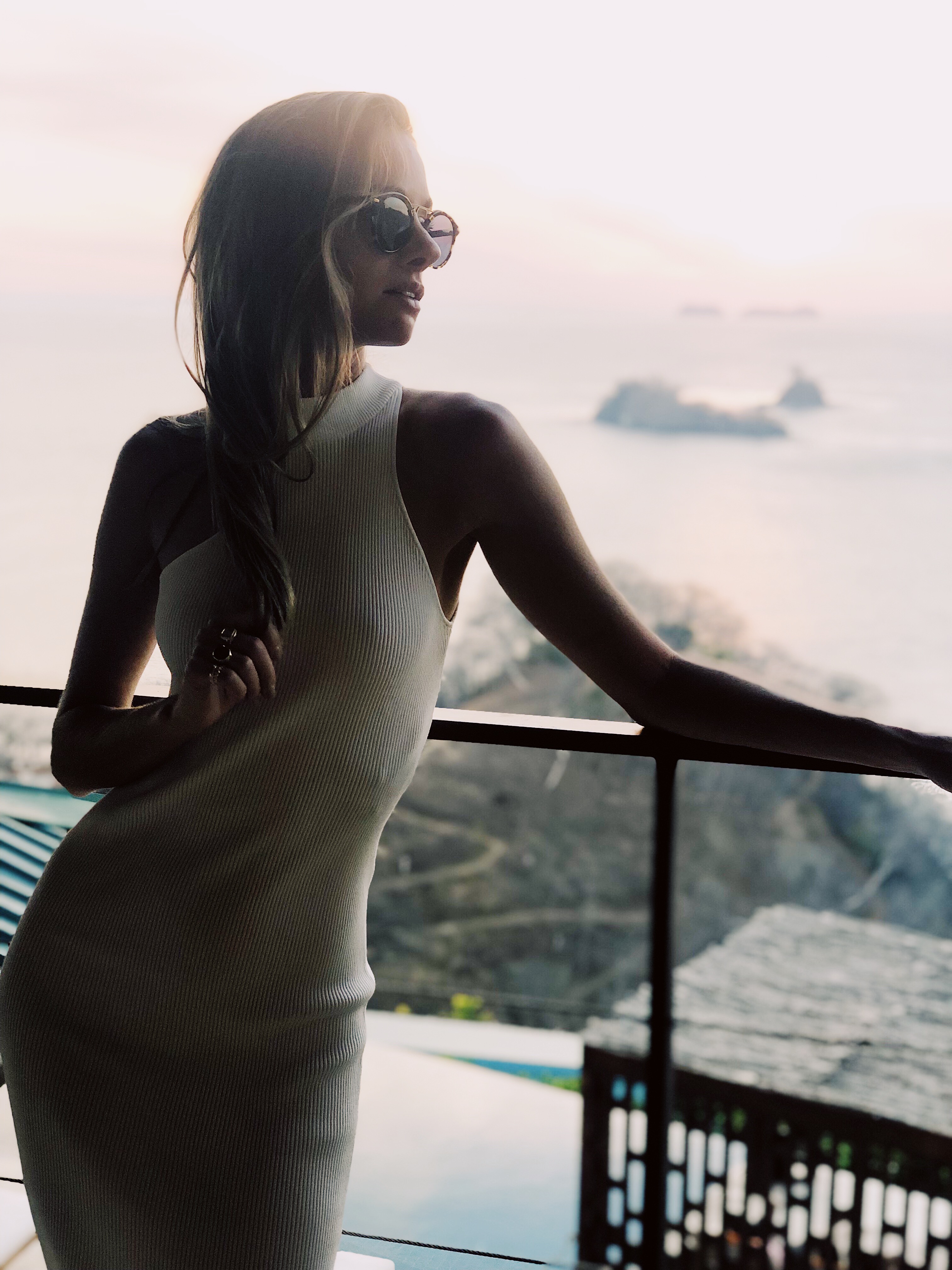 I feel like it had been so long since I had visited Costa Rica and this trip was much needed to get back to my favorite place and gain a little sanity after the craziest six months I’ve ever had.  Moving twice, flipping and selling eight homes, opening PR Home and Westfield, trials with infertility, back to back weeks at Harvard and everything else that I’m forgetting.

I couldn’t have been more ready to be in Costa.  I danced as I packed, skipped onto the plane in Atlanta and had literal tears upon landing.  This place feels like home.

I first came to Costa Rica four years ago.  I proved I could successfully travel with just a backpack for two weeks not once, but twice. This was the first trip that I brought anything bigger than what I could carry with me, but I wore every single piece in my bag. 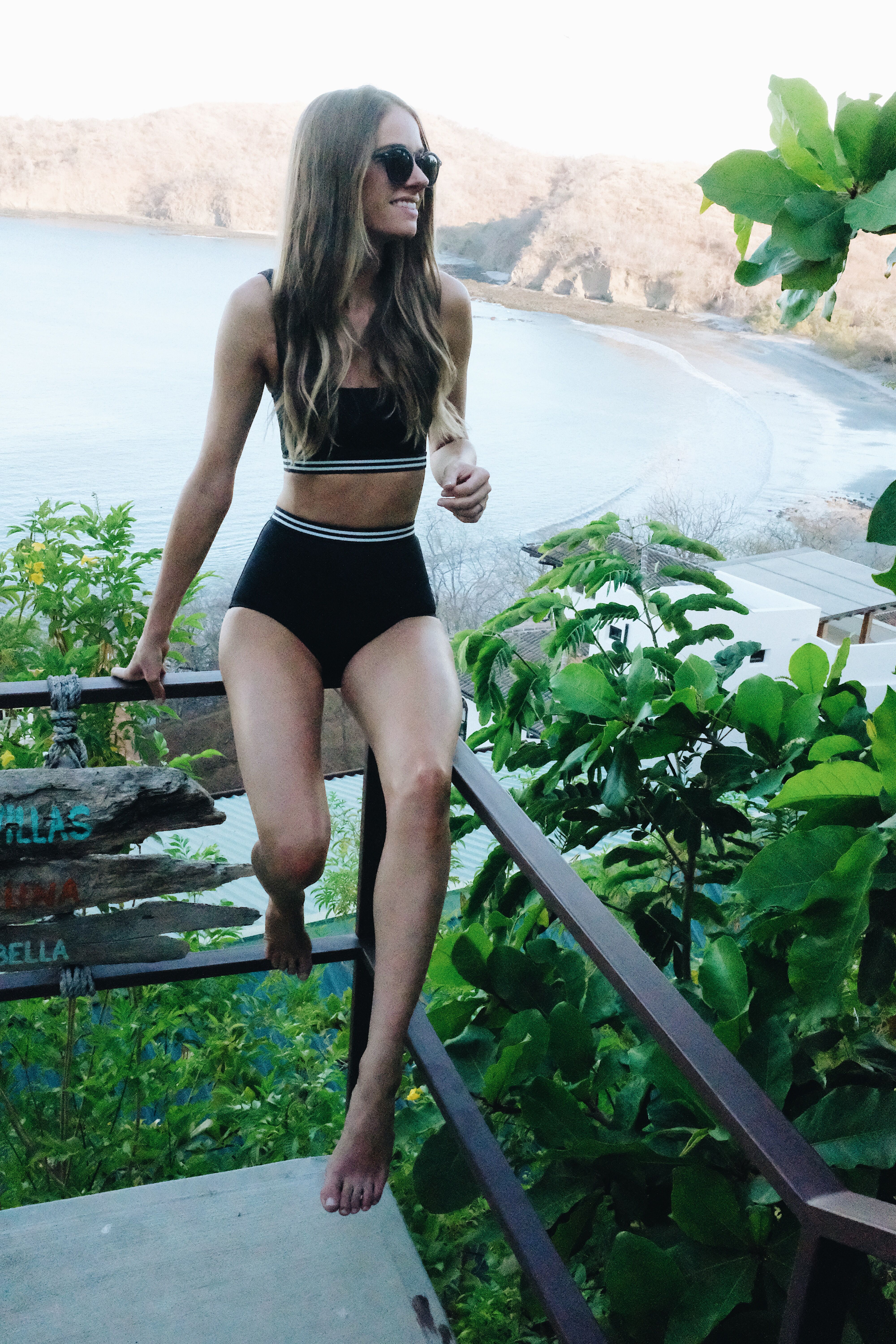 On my first trip I just booked a one way flight (no longer an option, I learned this at the Delta counter last time as I was late for our flight and I’m booking in a hurry, then canceling as soon as I left the ticket counter) and didn’t book any hotels until I landed.  I bounced every night, visiting Playas del Coco, Tamarindo, Playa Negra, and everything in-between.  I went down roads that didn’t look navigable and slept in one hotel that had a resident monkey.  It was on that trip near the end that I discovered Casa Chameleon. 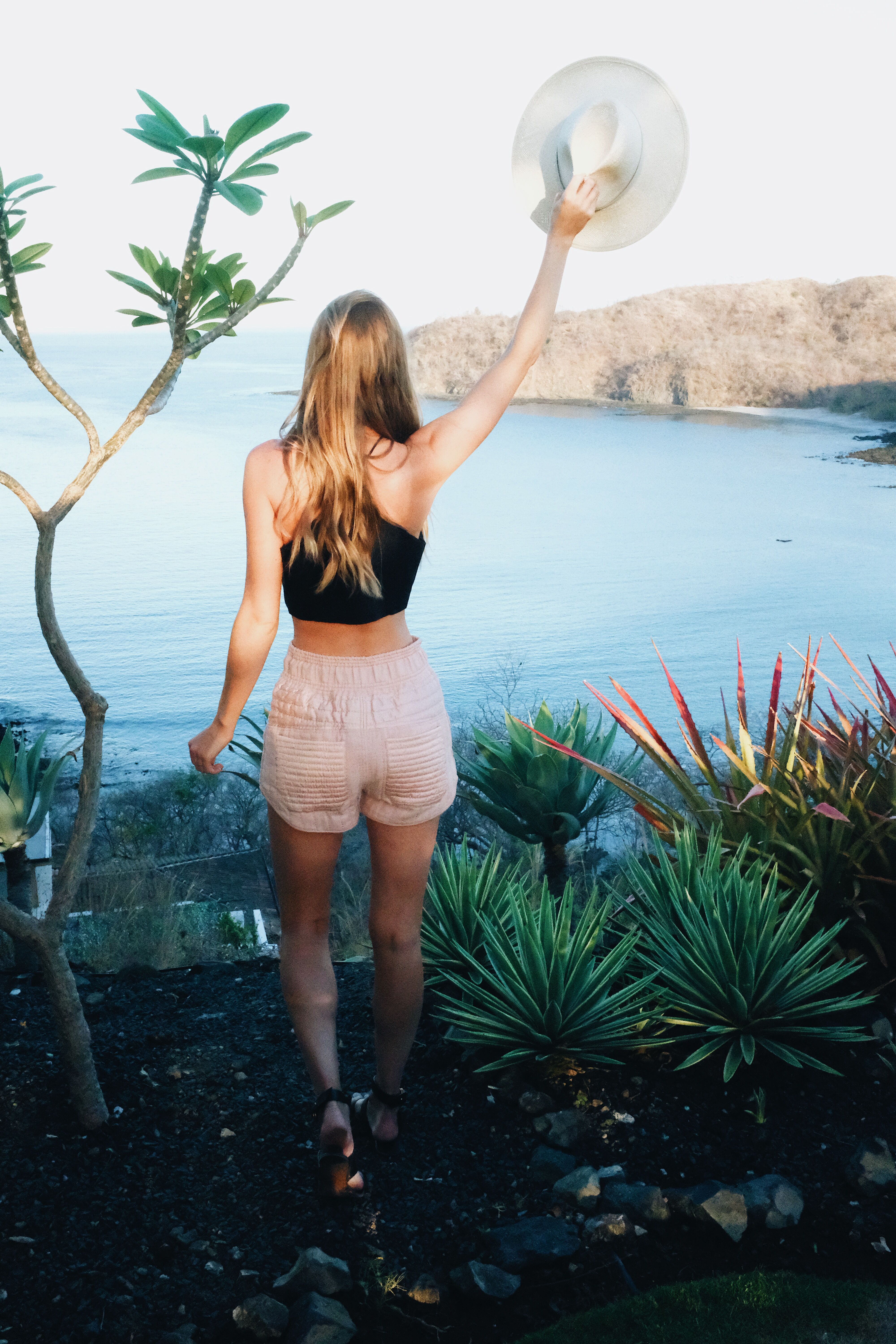 Casa Chameleon has two locations in Costa Rica, Las Catalinas and the more remote Mal Pais.  I have only been to the Las Catalinas (I’m coming for you soon, Mal Pais!) location and I never tire of the beauty.  I never wake up and get used to the sunrise, or the tucked away cove with the crashing waves where the hotel sits.  I rise with the strongest of coffees, the best of views, and a heart full of gratitude that places like this one exist. 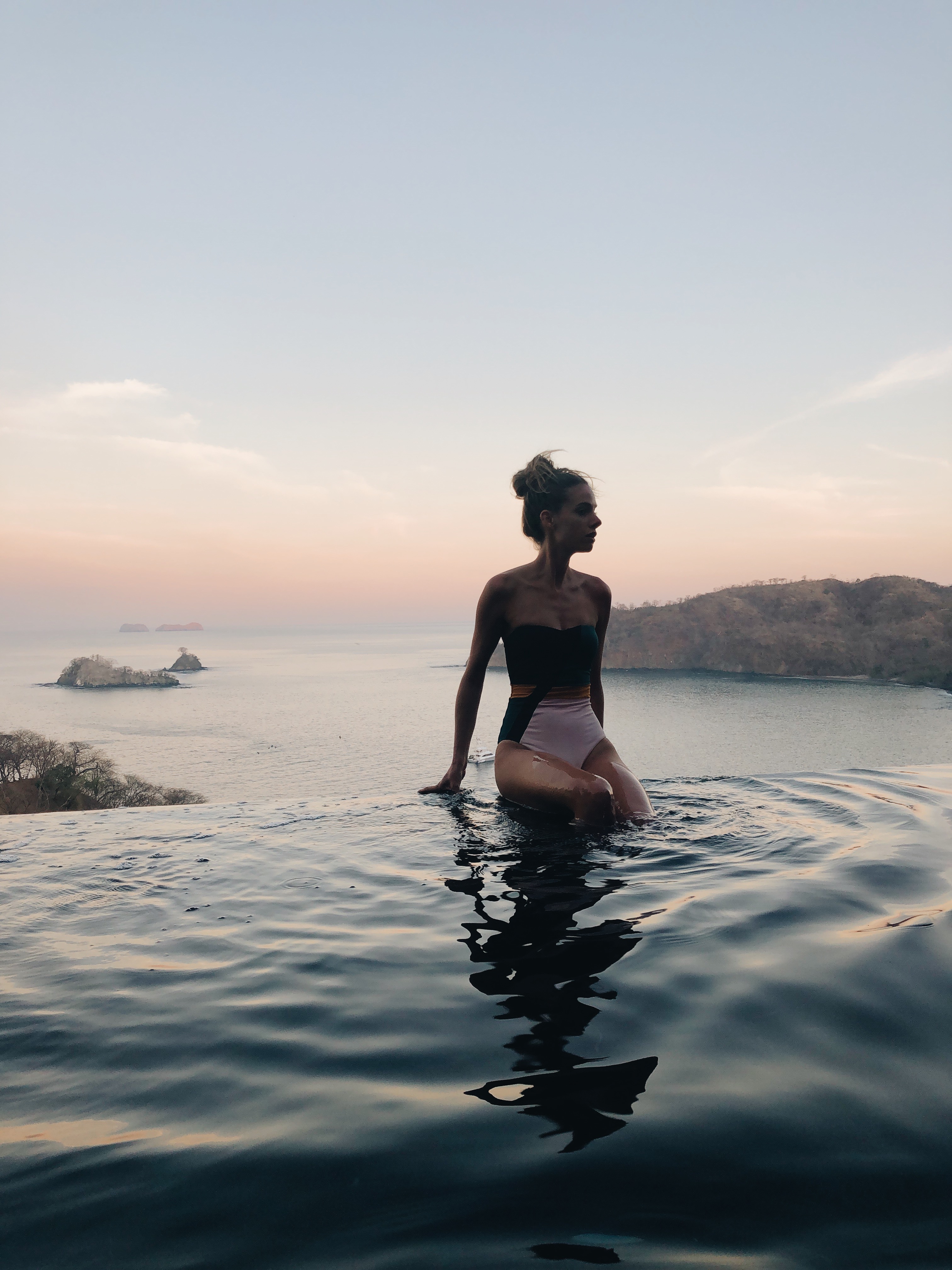 Casa Chameleon is the definition of boutique hotel, with a plunge pool in each villa, a staff that makes it their mission to call you by name every time, and the kind of privacy reserved for Beyonce.  My kind of getaway is one in which I don’t see anyone unless they’re bringing me a cocktail.  Casa Chameleon can make that happen for you. 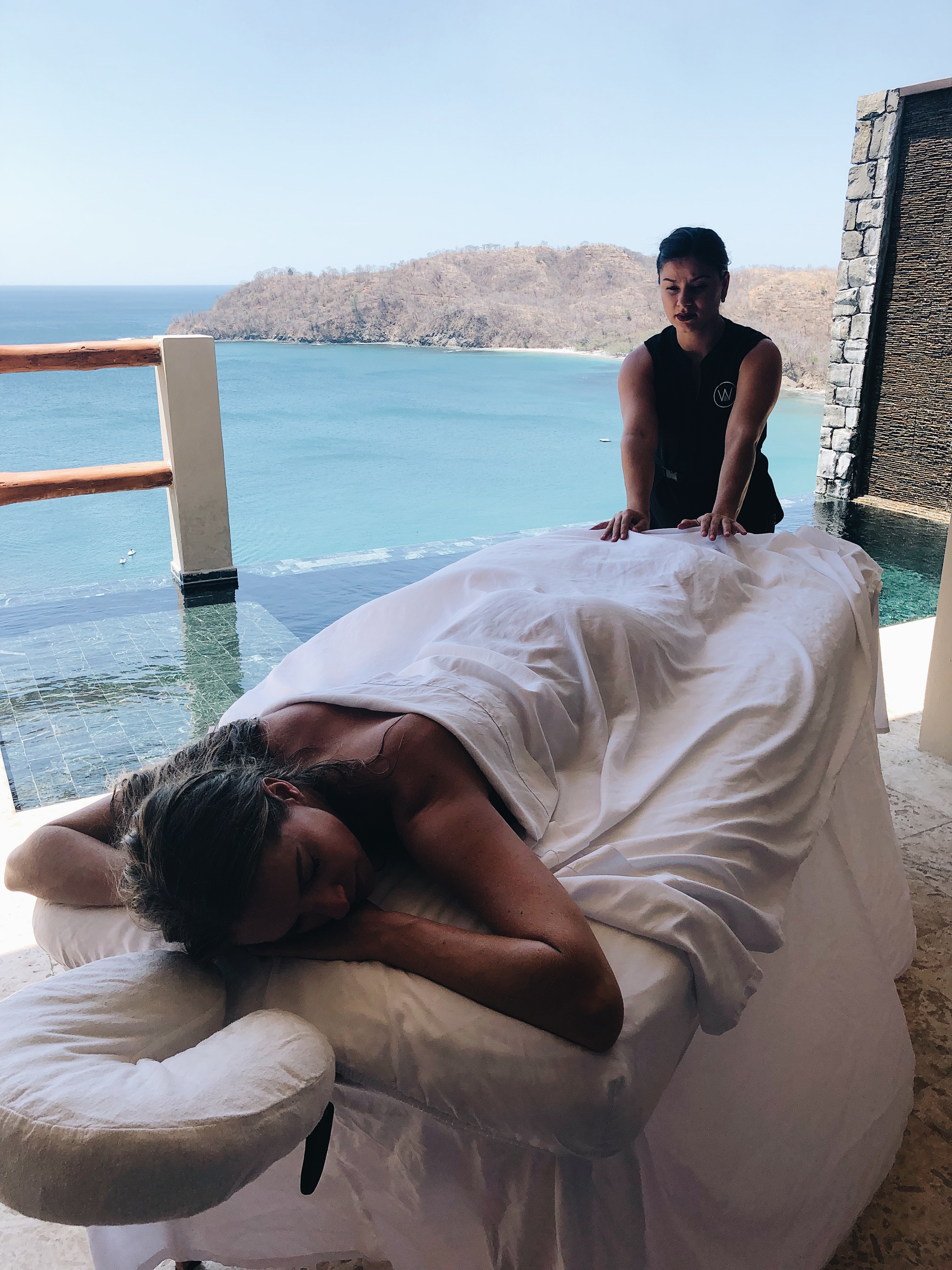 For those that want a little more adventure, it’s here as well in the form of mountain biking, helicopter rides, paddle boarding, fishing trips, and boat rides to the infamous Witch’s Rock for a surf trip.

I had the absolute pleasure of taking a sunset helicopter tour over Las Catalinas.  I had never heard Spanish spoken by a pilot since the international language of aviation is English.  Since there were no other aircrafts around, he was speaking to tower in both of their first languages, but it really threw me as soon as I put my headset on and had no clue what was happening.  Our pilot was incredibly skilled with over 21,000 hours of flight, and the tricks to prove it. I have one video that looks like I was filming in the wrong direction, but the helicopter was actually at that hard of an angle.  SO. MUCH. FUN.

During the day I would usually surf in the morning at nearby Lola’s in Playa Avellanas and then come back and hang out at Casa Chameleon or go down the hill into the town of Las Catalinas.

If I can describe Las Catalinas in the best way to Americans, it’s like a Costa Rican version of Alys Beach in 30A, Florida.  Actually, that’s exactly what the developer had in mind when he set out to create the town.  The architecture makes you feel like you’re walking through cobblestone streets in Italy but every alley makes way to the sound of waves and that incredible sunset.

In Las Catalinas you won’t miss home much with a gourmet market (complete with wine cellar), two restaurants and three on the way, a spa, and a wellness center on the way.  I met a few of the twelve couples that take up residency in Las Catalinas full time.  I watched their kids get off the bus and run straight to the beach, stop and talk to each other on the way to get coffee, and just live out Pura Vida. 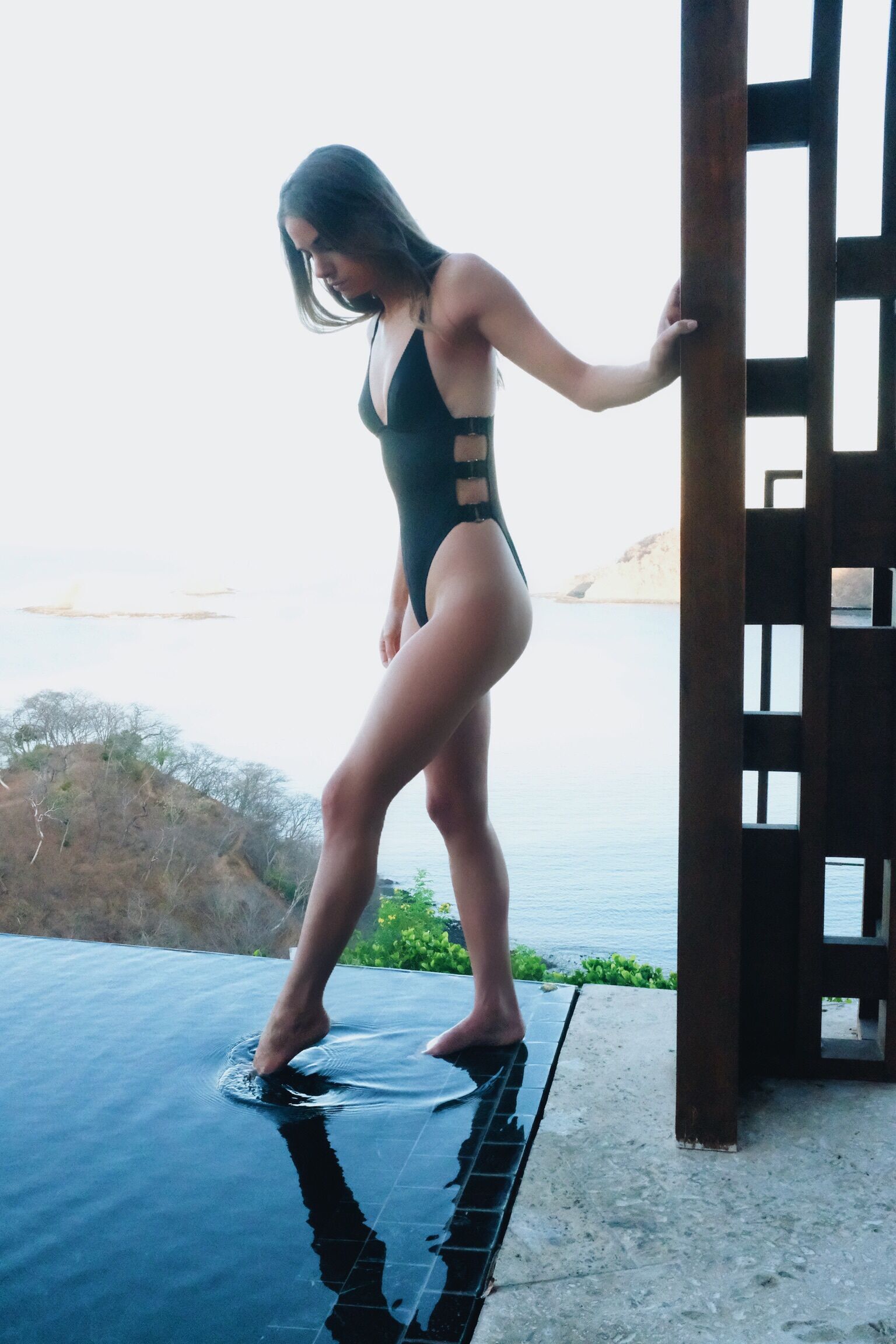 I spent two weeks here, and honestly, it wasn’t enough for me.  I didn’t want to leave, and hopefully one day I won’t have to. While at Casa Chameleon, I started my search for a home in Las Catalinas. For four years I have talked about having something permanent in Costa Rica, and this trip it seemed so much closer and real. 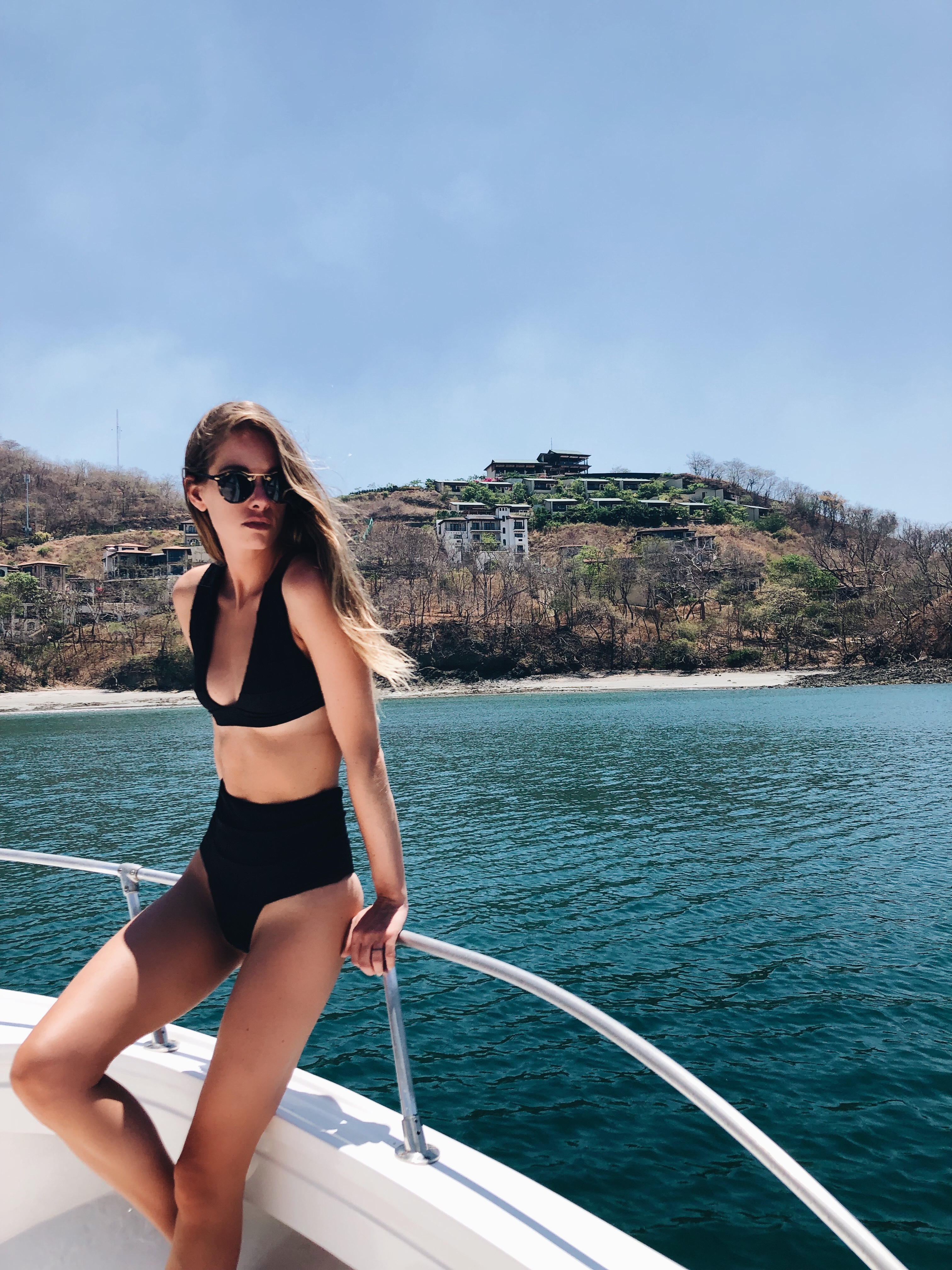 I left for this trip the day after my second transfer attempt with our surrogate, Debbie.  The first was unsuccessful, and the doctor thought there might be something wrong with all of our embryos if this one also failed.

When I landed back in the U.S., I was met with the news that Debbie was in fact, pregnant.  I was overjoyed and crying as the wheels touched down in Atlanta and I am positive that people on that plane thought I was a runaway.  I am so excited for our baby girl.  The memories of growing up on this beach, and living out Pura Vida.

Thank you to my Casa Chameleon family.  That’s exactly what you have become to me – family.  When I received the video of my trip back from editing, I cried.  I miss you all so much, and I can’t wait to be back with you soon.